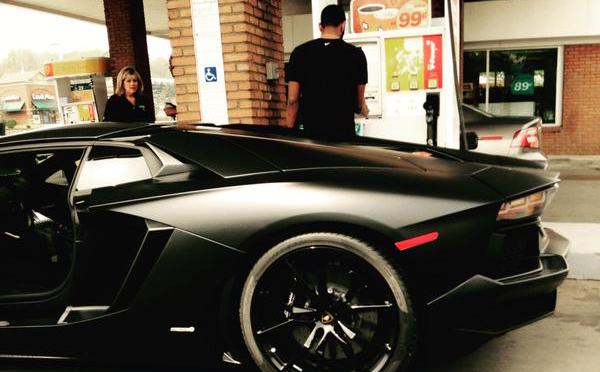 Kyrie Irving is Bruce Wayne. Bruce Wayne is Kyrie Irving That looks like a car straight out of the Dark Knight Rises. Kids, this is what you buy when you have your own signature Nike shoe named after you.

The original tweet from @GordoSouth says it’s a Lamborghini Aventador. A perfect car for the weather in Northeast Ohio and the finely kept streets of downtown Cleveland. According to a very quick search on Google this is what the car is listed at:

I loaned Kyrie Irving my Aventador for the day but made sure he gassed it up pic.twitter.com/Vdto7JQK8K

It’s nice to see Kyrie is still a man of the people and pumps his own gas even on game days. I know I wouldn’t if I were him. But he’s still just a regular guy like you or I… except for the $400K car and the whole being one of the best basketball players on the planet thing.

Someone tell him the only way he should be driving this car is dressed like this: 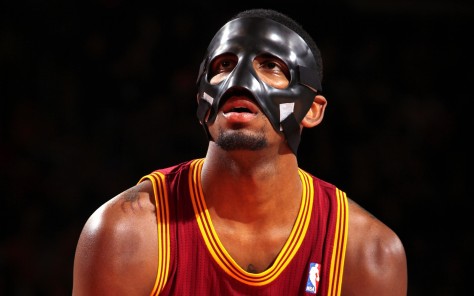 PS- Not sure if this is was even blogworthy or not but I knew about Johnny moving out of his apartment like last Friday (humblebrag?) and thought “who the hell would care about that?” Meanwhile yesterday every sports blog under the sun had the story and it even got a little segment on ESPN. So yeah, definitely missed out on that one and it’ll probably haunt me for a month. Them’s the breaks in this blog eat blog world I guess.

Also, h/t to @GordoSouth. Gordon is actually a friend of mine so it’s funny that I’m giving him a hat tip when I could just text him and say “Hey Gordon, good picture bro.”