I was a Johnny Manziel apologist. Ever since I saw him on TV lead Texas A&M down the field and run a touchdown in during his second collegiate drive vs Florida I’ve been a fan. I loved everything about him- his rockstar image, the way he played football with reckless abandon, his “fuck you” attitude to the opposing team… When he was at A&M he was my favorite ballplayer to watch on the planet. The most electrifying athlete in his respective sport at the time. Texas A&M became that team that you prayed was playing on a national TV network because Johnny Football was must see TV.

When Manziel was drafted by the Browns it was the most exciting thing to happen to the Browns since I’ve been alive as a fan. Being at the ESPN Cleveland draft party and seeing that room explode was a feeling I’ll never forget.

Fast forward through the 2014 season and the first ten games of this season to last week. Coach Pettine finally announces that Johnny will be under center for the remainder of the season after the Browns limped out to a 2-8 record.

Manziel was named starting quarterback and these next 6 games are basically an audition to see if he’ll  even be on the roster next season. The fact that he couldn’t even wait three days to get down to Austin to party during his bye week tells you all you need to know. Yes I get the argument that “all players blow off steam during the bye week,” but this was Johnny’s chance to finally get the keys to the franchise and solidify his role as QB of the future.

I mean, what would you do as a head coach after reluctantly naming a 22 year old guy as your team’s starting quarterback, who if he fails, will probably cost you your job? What would you think as a coach when you see this is the guy who just publicly said he wouldn’t embarrass the franchise? 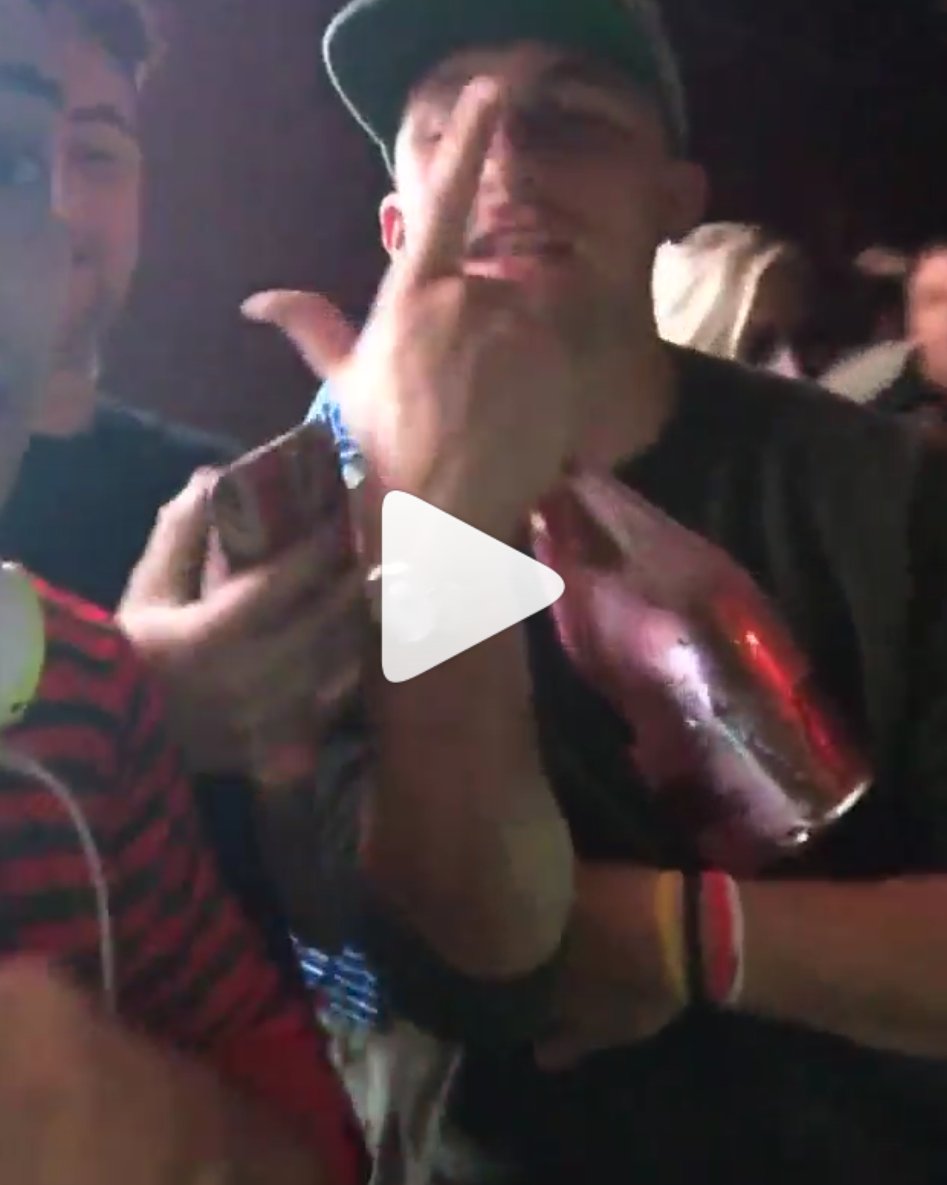 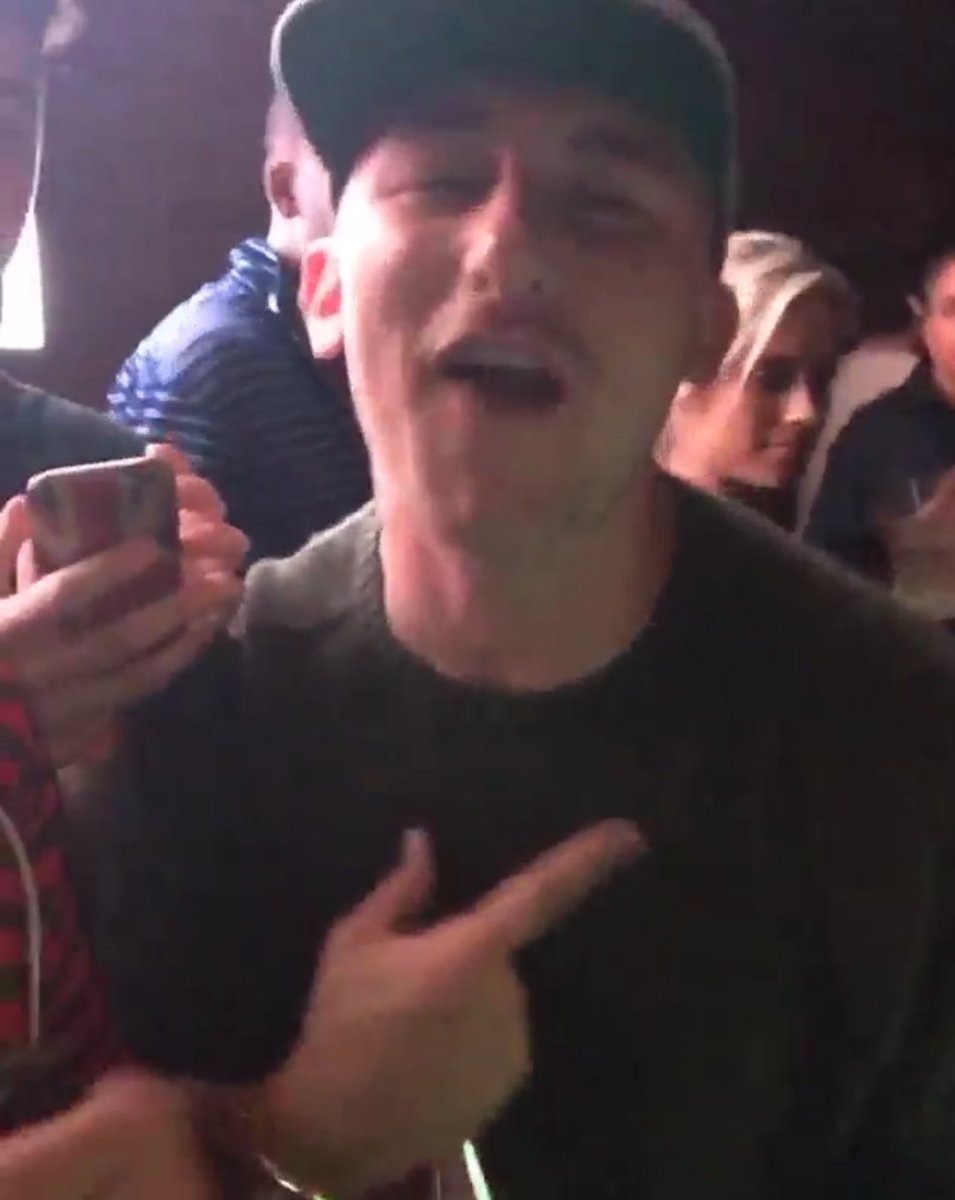 Would you bank the future of your coaching career on a guy who you specifically told to lay low during his bye week who couldn’t even respect your wishes? The fact that Johnny was partying isn’t a big deal, it’s the fact that Johnny was sat down by coaches and told not to have any issues during the bye and he blatantly disregarded him.

The Browns have been a shitshow for so long that they’ve let Johnny be Johnny in hopes that he’d be able to mature and help them win games. When you’re as desperate as this franchise you make excuses for your players. Think New England, Green Bay, or Pittsburgh puts up with all of this stuff and remains in Johnny’s corner? Fuck no. He’d be cut so fast it’d make your head spin. But because we’re so thirsty we stick up for him.

This video from the bye week isn’t some mindblowing juicy story that can ruin a guy’s career. But it’s not like this is an isolated incident, these off the field incidents have been happening since he was drafted in May of 2014.

I’ve literally defended Johnny after every one of those incidents. Every. Single. One.

Remember that scene in Step Brothers where Seth Rogen is interviewing Will Ferrell and John C. Reilly to work at a sporting goods store?

In the clip Seth Rogen seems like he’s happy with Ferrell and Reilly and wants to hire them. Then Reilly lets out a fart and at that moment Rogen begins to question everything about the 2 guys. “Now the tuxedos seem kinda fucked up,” he says. It’s not just the fart that elicits this reaction, it’s the whole realization of the situation and taking into account everything in front of his face. He was blinded by Ferrell and Reilly seeming like cool guys but once he comes to his senses he has that “WTF am I doing?” moment.

And that’s the same reaction I had putting together the above timeline. I had my “now those tuxedos seem kinda fucked up” moment. You see Johnny currently and read about him progressing on the field and that’s all fine and good… but once you see everything that’s happened since he’s been part of the Browns franchise you have that “holy shit” moment. This guy has been given chance after chance to show that he’s changed and is ready to lead a franchise but he’s shown that he’s still immature and not taking the position of being a quarterback in the NFL as seriously as he should be.

Judging each episode by itself isn’t a huge deal; I could care less about him holding a champagne bottle and singing along to a Future song; it’s the entire body of work. Swans, money phones, rolled up bills, fights with his entourage, missing treatment because he’s hungover (allegedly), saying he needs to stop acting like a “jackass” then flying to Miami that night to party, checking into rehab, domestic disputes with his girlfriend, driving 90 mph after admitting to drinking, saying he doesn’t want to embarrass the franchise on his bye week and then going out and embarrassing the franchise on his bye week… and then there’s the fact that he’s 5’11 and doesn’t necessarily possess an NFL body. Combine everything together and that’s not a recipe for success. This isn’t the behavior a team wants to see out of a quarterback. Quarterback is the most important position in all of sports. The quarterback is held to a much higher standard than everyone on the team.

“But Johnny is just doing what every normal 22 year old does.”

A normal 22 year old probably does a lot of the above things. Who didn’t go out and get blackout drunk every weekend when they were 22? Normal 22 year olds also don’t have 52 other members of an NFL team depending on them to produce on the field and not be an asshat off of it. Normal 22 year olds aren’t the face of a $1.5 billion company. Normal 22 year olds aren’t quarterbacks of NFL teams. Johnny Manziel was drafted by the Cleveland Browns to turn around a team that has been a laughingstock of the NFL. He was drafted to be the franchise QB who can lead this team to the playoffs and maybe someday a Super Bowl. There has to be a point when you stop being a normal 22 year old and accept the responsibilities that come with expectations and hype. It comes down to being a professional NFL quarterback and doing your fucking job on and off of the field.

I really really want Johnny to be the quarterback of the Browns but I have no idea what this benching means for him and the team’s future. Would this be different if the Browns were winning? Absolutely. Losing breeds contempt and things get blown out of proportion a lot more than usual. If the Browns were 8-2 and Johnny was holding that bottle of Dom you might hear a few murmurs here and there but there’s no chance he’d be benched.

I don’t think I’ve ever wanted a player to succeed as bad as I wanted (and still want) Manziel to succeed. He could have been (and maybe still can be) a LEGEND in Cleveland. But there comes a point when reality outweighs the hope you have in a player and I think I’m just about there. Hoping so badly that Johnny succeeds allows you to be blinded by all the rest of the bullshit that comes along with him. You start making excuses- “Yeah, well what’d you do at 22?!” or “But it’s not like he was drunk at practice!” or “Russell Wilson is short too” and these things add up and keep adding up until having the same conversation every week just gets exhausting. Defending Manziel is an exhausting thing, let me tell you. Pretty soon the idea of “Johnny Football” is better than the real thing.

It sucks because Manziel was making real progress on the football field too. Things were slowing down for him and he looked like a totally different QB than last year. Hopefully things work out. I’d love to see him quarterback the Cleveland Browns but I just don’t think this is going to end well and he has no one to blame but himself.