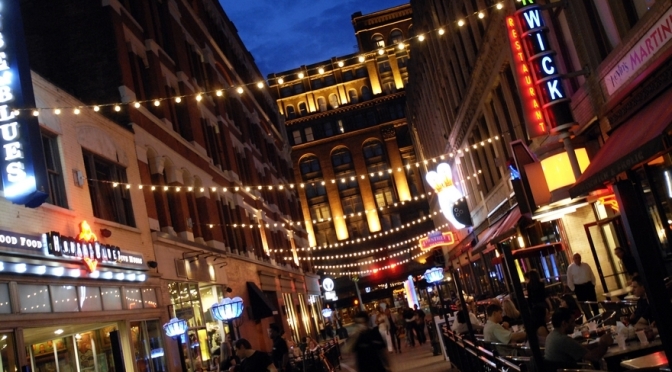 CLEVELAND — The Republican National Convention will be a blend of work and play.

And the partying for the Republicans will be allowed to go longer in qualifying local bars and restaurants that serve alcohol.

Under a new Ohio law, holders of most Ohio liquor permits are eligible for a waiver during a “major event” from the Ohio Division of Liquor Control.

The law impacts Columbus and Cleveland, and the RNC qualifies as a major event.

The establishments must be in Cuyahoga County or the six counties surrounding it, Geauga, Lake, Lorain, Medina, Portage and Summit.

The waiver will allow alcohol to be served until 4 a.m. It will run from Sunday, July 17 to Thursday, July 21.

Cleveland is basically New York City and you can’t tell me any different.

2 extra hours of drinking and debauchery + Repulicans + Donald Trump = Best weekend in Cleveland EVER!!! I mean, what could go wrong?

Now the big question is what time do you actually go out? Normally my friends and I will leave for the bars at around 11 on a Friday or Saturday night. Go to the bars for about 3 hours, drink (heavily), and then get a whole pizza for ourselves from Panini’s. I don’t think 11-4 AM would be feasible. I’m not 22 anymore. This old man needs his rest.

Circling this weekend on my calendar. The summer of 2016 is going to be so awesome.

Sucks that Manziel won’t be around to take advantage of the Barley House back room till 4. (low hanging fruit I know, I know)