I wish there was something good to say about yesterday’s game, I really do. The Browns didn’t run, didn’t tackle, didn’t block, didn’t defend the run, didn’t defend the pass, didn’t coach well, passed the ball OK, and stunk on special teams. All of that combined equals a 27-20 loss to the Raiders… and it wasn’t really that close.

People (me) actually thought the Browns would start off the season with a 3-0 or 2-1 record because of the easy schedule. Ha!

Bottom line is this team isn’t very good and isn’t very fun to watch. Not during one minute yesterday did I enjoy myself watching that game. Even after 3 hours in the Muni Lot I couldn’t force myself to get pumped for the game. No playmakers on either side of the ball will do that to you. Yesterday’s loss was expected.

But that’s kind of what happens when Josh McCown is your quarterback. And that’s not even a knock on Josh, I thought he actually played pretty well (in the second half) and threw some nice passes. He is what he is.  It’s just… we know what we’re going to get with Josh and that’s why that last interception was so expected. I’ll be honest, I wasn’t even mad/sad/or dejected after that. It was mostly just a “Alright whatever” kind of reaction. 3 games in and I’m already apathetic! Pretty good sign.

OUCH tailgated before the game 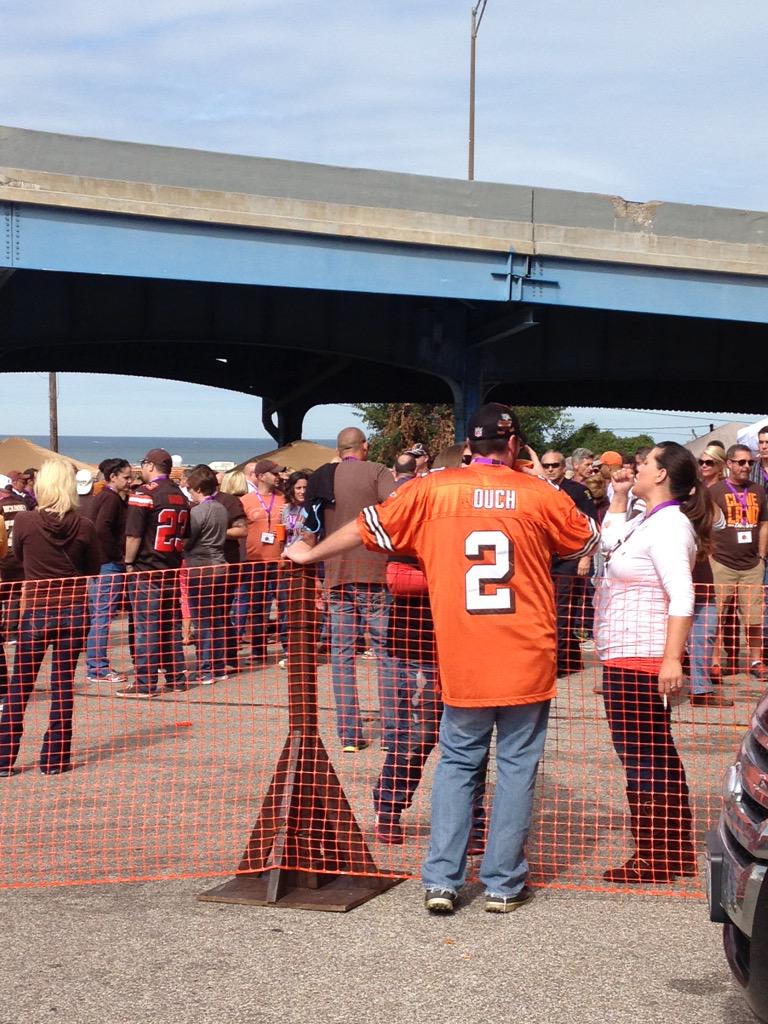 Joe Haden wandered around the concourse during the game 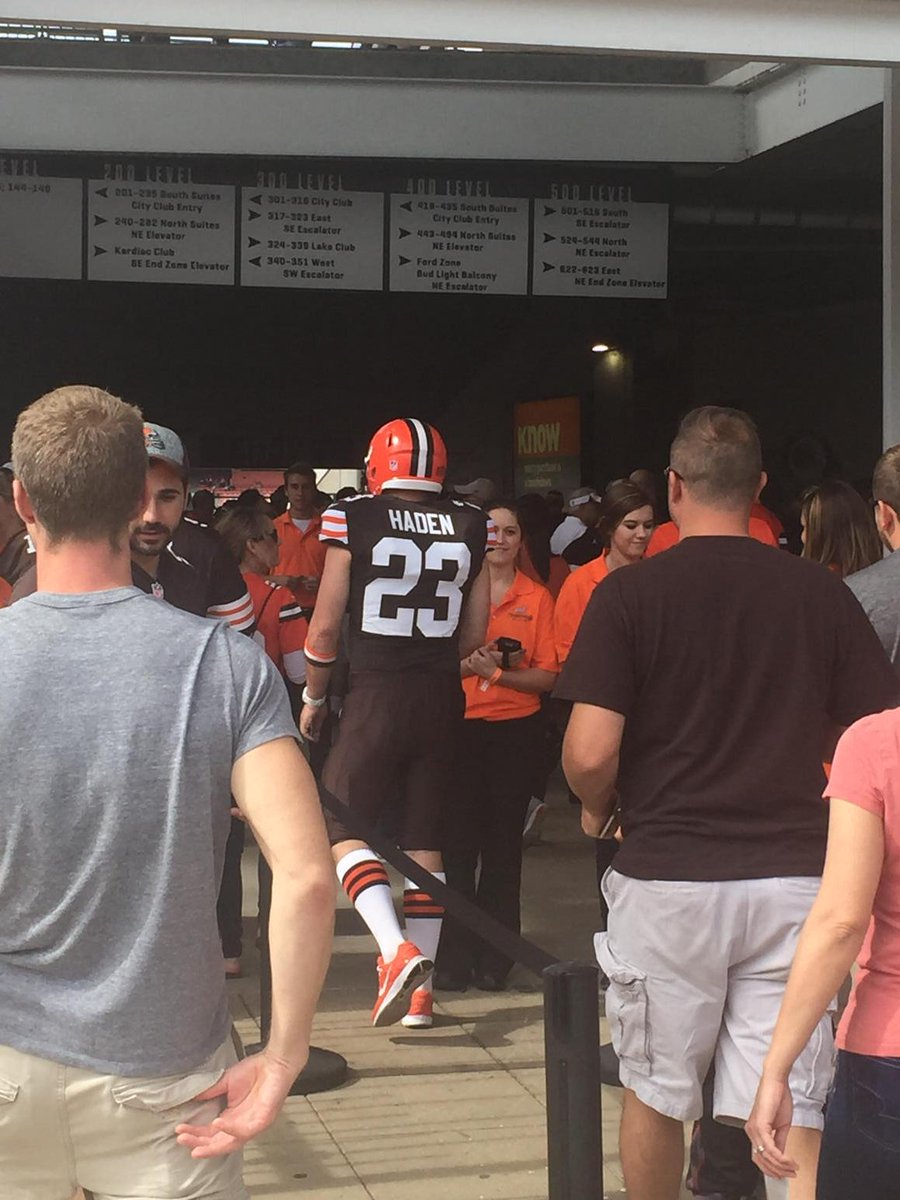 When four guys nail the punter, that's a penalty. pic.twitter.com/FapxGtCOER

Brian Hartline made a pretty nice catch with his legs

And the crowd was going wild!!

And then Charles Woodson picked off McCown and the Browns lost. 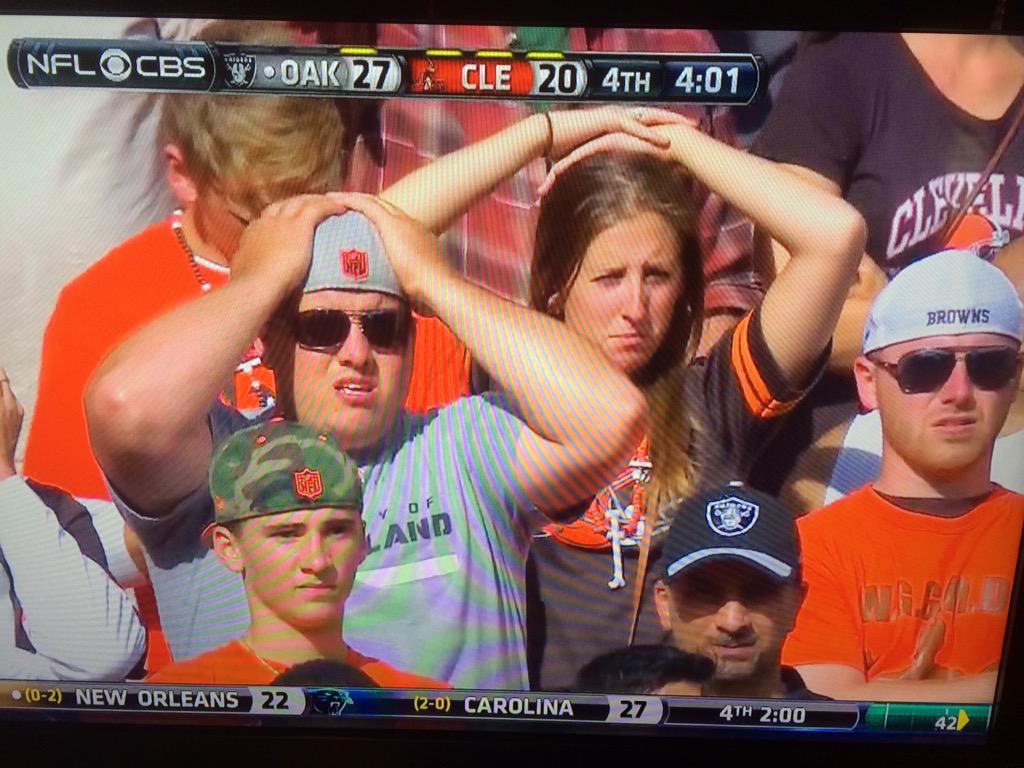 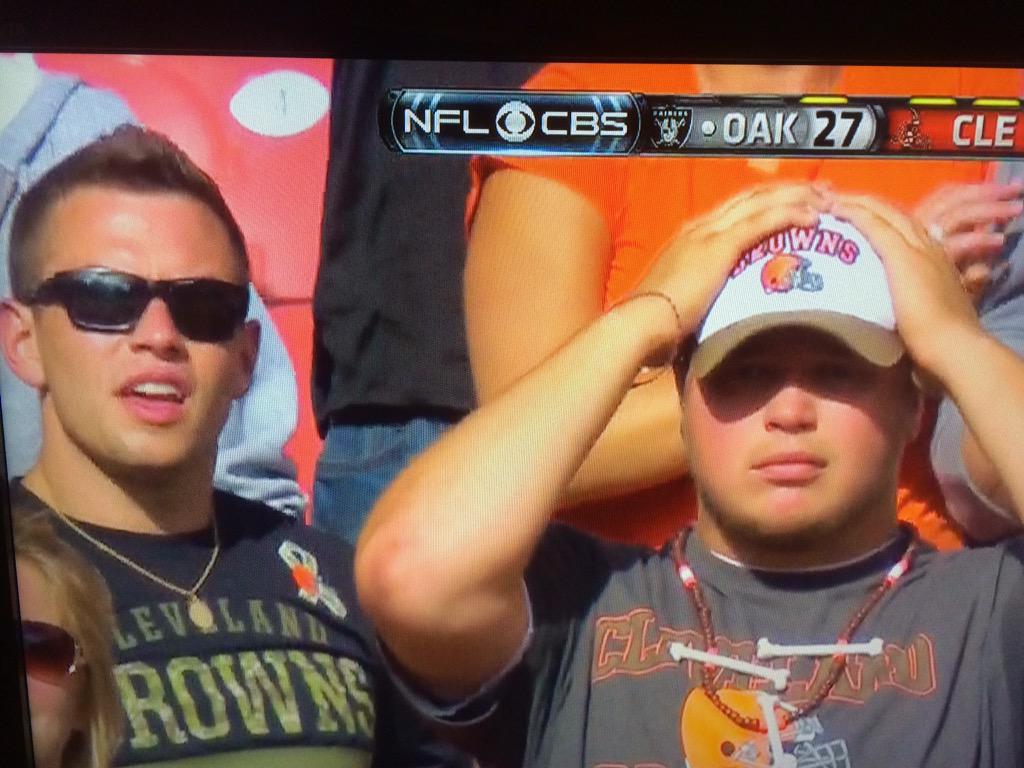 But it wasn’t all bad, at least the game gave us this

Pretty excited to travel to San Diego to watch this team.