Man in a brown Tim Couch jersey, walking alone, stops and spikes his cigarette on the cement and yells "F***. We always lose!" #SundaysInCLE

You knew it was coming. As Browns fans we’re conditioned to expect the worst and hope for the best. You knew they wouldn’t capitalize after Mingo’s interception in overtime. You knew deep down that somehow, some way they’d fuck it up. And they did. Bad.

This one hurt, not gonna lie. The Browns had opportunity after opportunity for someone to step up and win the game… but no one did. It’s just so disappointing knowing how close the Browns were to winning their second game in a row. One more loss this season decided in heartbreaking fashion. Instead of 3-3 we’re 2-4 and falling further and further behind in the division.

Dwayne Bowe was inactive. At this point it’s more likely Swagger gets in the game before D-Bowe.

Peyton Manning thought he had Emmanuel Sanders on a crossing route. Karlos Dansby had other ideas. PICK! #DENvsCLE http://t.co/vIuZvbBYXf

And Denver scored the first touchdown of the day on a pick six by Aqib Talib. Not a very good decision by 13 Gauge

Barnidge scored another touchdown to make it 16-14. You cannot stop Gary Barnidge, you can only hope to contain him.

This kid appeared on the TV screen and I immediately felt the urge to beat up a 9 year old. I bet his parents aren’t even Browns fans. Little troll. 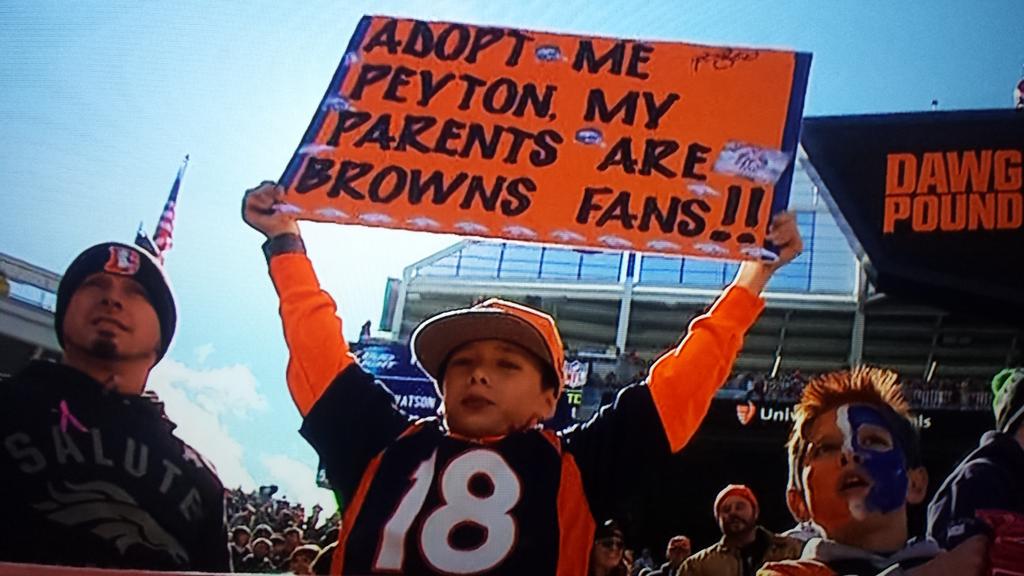 Peyton Manning jacked up our strong safety. Yes, a 39 year old QB put the hardest hitter on our team on his ass.

Then the next play Karlos Dansby got his second interception of the day. This time he returned it for a touchdown and the Browns took the lead!!

Which they held on to for exactly 14 seconds.

A couple things happened here and there that left the Browns and Broncos tied at 23 with a little over a minute to go… Browns ball. Driving to score and sneak out a win. Things are looking good!

And then this happened. I don’t think I’m exaggerating when I say this is right up there with the Weeden flip pass as one of the worst plays a Browns QB has made in the past 10 years.

You’d expect that out of a rookie but not a 36 year old quarterback. Just take the sack, throw the ball into the dirt, or check the ball down to Isaiah Crowell who comes open at the end of this play and looks like he doesn’t have anyone within 10 yards of him.

Emmanuel Sanders almost kind of caught a pass down the sideline that was ruled incomplete and the game went to overtime.

Broncos win the toss and on their drive this happened. Mingo did something!!

The Broncos eventually got the ball back, drove down the field through our Swiss cheese defense, and kicked a field goal to win.

All of us today: 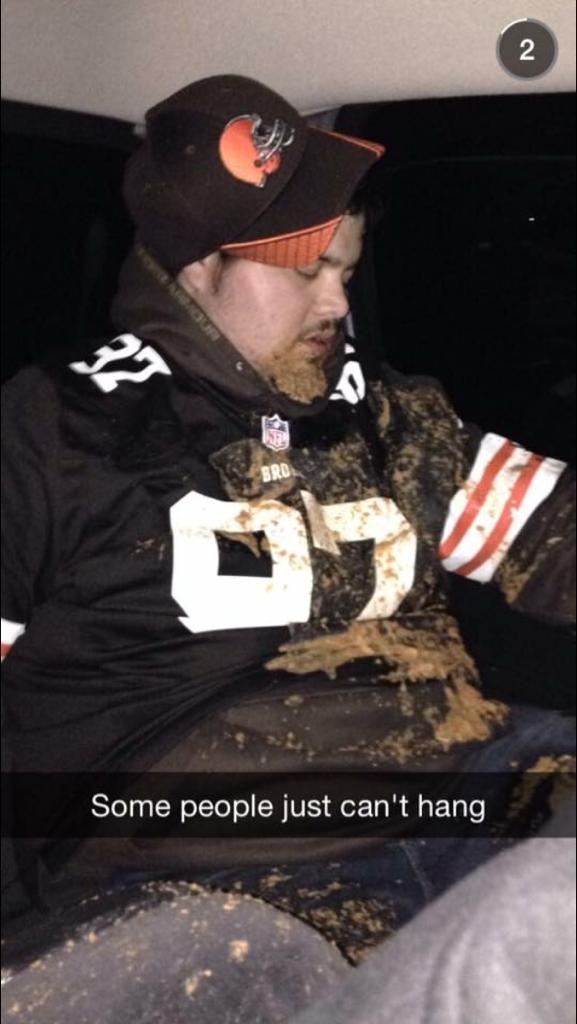