Not much to say after that one, guys. We can’t tackle, can’t block, can’t run, can’t make plays. This team is incredibly flawed on each side of the ball. We’ve got a helluva kicker and a helluva punter though!

Let’s look at the game tape I guess 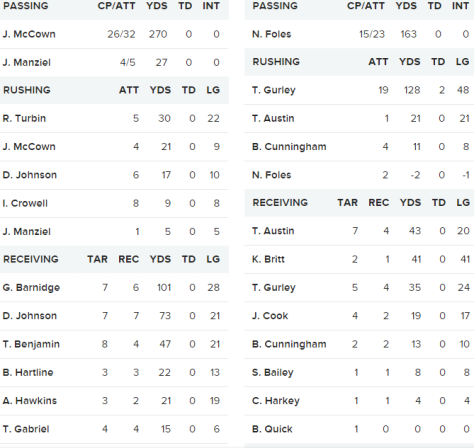 .@BernieKosarQB is saying the @Browns season is over right now. #tailgate19 pic.twitter.com/qzBCzLvGCp

There were about 7500 fans there for kickoff

Feels and looks like Montreal before the Expos left. pic.twitter.com/EJskHa3p1e

When things weren’t going well for the Browns, Josh McCown hit a wall. No. He literally hit a wall.

And I remixed it with Miley Cyrus

Barnidge did Barnidge things per usual

Not good when Aaron Donald almost takes the handoff. Not good.

Guys, it’s time to play Johnny from here on out. The season is over, we’re not making the playoffs. There’s no point in trotting out a 36 year old journeyman quarterback when the team is going nowhere. This move should have been made after the Titans game. Josh has shown that he’s still a pretty serviceable quarterback but to have him under center for this team right now is pointless. If there were playmakers around the quarterback and this team was playoff caliber… then McCown should start no questions asked. Butttt this team stinks and is heading to another 4-12/5-11 season.

If Johnny sucks then he sucks and you get rid of him after this season. We have to see what we have in him. Play the kid and see if there’s ANYTHING there.

This also applies to Justin Gilbert I think?

See you in the Muni Lot next Sunday.