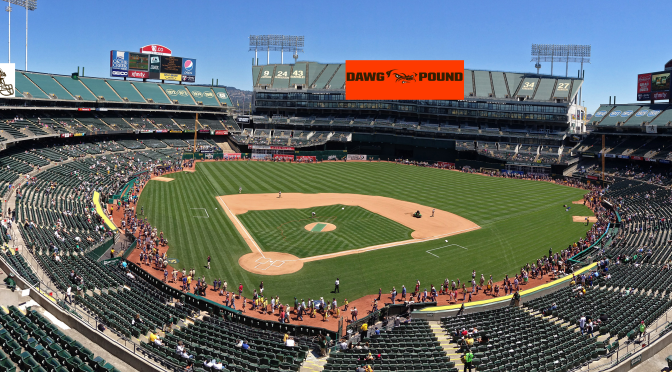 Right when the Browns announced (out of left field nonetheless) they had hired Paul DePodesta yesterday, I knew I had to write this blog. Paulie has been doing this analytic thing for quite some time, long before he was portrayed by Jonah Hill on the silver screen. Since most of us are all familiar with the movie though, I decided to focus on the team that was featured in it: the 2002 Oakland Athletics.

The A’s won 103 games that year, 64 percent of their games. The Browns haven’t won 64% of their games in a season since 1994. Comparing a team that won 20 baseball games in a row to a team with virtually zero talent requires some artistic license, so feel free to card me before you read this.

Lead me in, Johnny!

Scott Hatteberg – signed as a 32-year-old free agent, by far the highest WAR of his career in 2002 (first year in Oakland), helped set a team (and league) record of 20 consecutive wins with a walkoff HR on 9/4/02, created divide within the front office whether to play him or young Carlos Pena (Pena was traded in 2002), was on four teams during his career, played catcher in Boston before coming to Oakland

Josh McCown – signed as a 34-year-old free agent, probably 2nd best year of his career first year in Cleveland (2nd most TD passes, 2nd best TD/INT ratio, 2nd highest QB rating, 3rd most yards), set a Browns record for most passing yards in a regular season game with 457 on 10/11/15, created divide within the front office whether to play him or young Johnny Manziel, taken snaps for six teams in his career, played wide receiever in Detroit

Mark Ellis – played first 8 Major League seasons in Oakland, rookie in 2002 when he was 8th in AL Rookie of the Year voting, missed entire 2004 season with torn labrum, returned in 2005 to lead the team in triple slash categories (AVG, OBP, SLG), fifth best fielding percentage all-time for 2B

Joel Bitonio – has played first 2 NFL seasons in Cleveland, rookie in 2014 where he was Pro Football Focus first runner-up for Offensive Rookie of the Year, missed the back end of 2015 season with an ankle injury, 2015 preseason PFF 6th best guard in the NFL

Joe Thomas – drafted by (3rd overall pick) & spent first 9 years in the NFL with the Browns, elected to Pro Bowl 9 consecutive years, first-team All-Pro 5 times, second team All-Pro twice, has started and played in all 16 games every year of his NFL career, will probably be granted a trade out of mercy this off-season as a 31 year old

David Justice – acquired to fill the hole left by the departure of 26 year old stud Johnny Damon, made $7 million as a 36 year old, rookie of the year, three time all-star, two silver sluggers before coming to Oakland, second-lowest HR and RBI total of his career in 2002 (only year in Oakland), ended up being last year of his career

Donte Whitner – acquired to fill the hole left by the departure of 27 year old stud TJ Ward, given a 4 year, $28 million contract as a 28 year old, 2 time Pro-Bowler, 2013 PFWA All-NFC selection, 2006 PFW All-Rookie team before coming to Cleveland, fourth-lowest tackle total and second-lowest interception total of his career in 2015, some called for his benching in favor of a 23 year old 4th round pick

Jermaine Dye – played (briefly) for the Braves and Royals (4+ years) before going to Oakland in a trade, had his best season in his 11th year in the MLB as a 32 year old, World Series MVP in 2006

Gary Barnidge – played for the Panthers (5 years) before coming to Cleveland as a free agent, had his best season in his 7th year in the NFL as a 30 year old, been to one playoff game in his career

Ray Durham – grew up south of the Mason Dixon (Charlotte, NC), arrived in Oakland during his 8th year in the MLB, was there for less than one year before signing a 3 year, $20.1 million deal with San Francisco

Tramon Williams – grew up south of the Mason Dixon (Houma, LA), arrived in Cleveland after his 9th year in the NFL, has been here one year after signing a 3 year, $21 million deal with the Browns

Mark Mulder – drafted second overall in the 1998 MLB draft, came in second in the Cy Young voting in 2001, played the minority of his career with the Cardinals, his position is centrally located on the field in his sport

Karlos Dansby – drafted in the second round of the 2004 NFL draft, second-team All-Pro in 2013, played the majority of his career with the Cardinals, his position is centrally located on the field in his sport 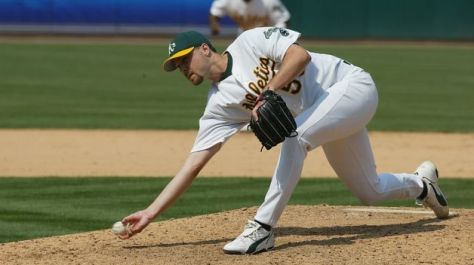 So, if we look at the A’s batting order from September 4th, 2002, the focal point of the movie (the 20th win in their win streak), here’s the lineup card INSERT NEW BROWNS COACH NAME HERE WHENEVER HE GETS HIRED would trot out to home plate with (with some tweaks.)

How can you not be romantic about football?