Antonetti: Bauer had great spring, but Anderson/Tomlin ahead of him in team's eyes. Francona: Bauer's specific role in 'pen will evolve.

Trevor Bauer capped off his stellar spring yesterday in game 1 of a split-squad double header by whiffing seven Angels in six innings of shutout baseball. But, and I guess it’s sort of symbolic of the way this rotation battle played out, Josh Tomlin came out in the night cap and one-upped him, striking out ten in six scoreless. Tomlin’s spring stats weren’t nearly as flashy, with a 1.56 WHIP and an ERA sniffing 5, but his gem yesterday, on top of his production down the stretch last year, was ultimately enough to get the nod over the 25-year-old Bauer to start 2016.

I’ll admit, I’m a little surprised by the move. It’s pretty tough to make the argument that Bauer doesn’t have a higher ceiling than both Tomlin and Cody Anderson. His “stuff” is tantalizing, and it seems like he’s “primed for a breakout season” around this time every year. But right now, on March 30th, five days before he squares off against John Farrell and the Boston Red Sox to kick off the 2016 season, these are the five starting pitchers Tito Francona believes puts his club in the best possible position to win consistently.

I don’t necessarily disagree. And here’s ten reasons why.

What do they all have in common? They throw that round thing fast, and they throw that round thing hard. You don’t see a whole lot of finesse guys having tons of success in the late innings of ballgames nowadays. Power arms dominate the back end of bullpens. Bauer’s fastball hovers right around 93 MPH for his career. Focusing more on velocity this spring, his average fastball has been coming in at about 96. In the bullpen, focusing on one or two innings instead of six or seven, that number could climb even further.

I kid. Kind of. Many people, including his manager, believe one of the reasons Bauer sometimes struggles at the beginning of games is because he tries to establish all six of his pitches early. This doesn’t allow him to get a feel for any of them, thus making it harder to throw them for strikes, and thus making it harder to make it out of the third inning. There’s no need to establish anything more than your fastball and maybe an off-speed pitch or two when you’re facing 6 batters instead of trying to go 6 innings.

As entertaining/infuriating as it was, Bauer was either brilliant or a hot garbage and rotting grass smoothie on any given day last season. He had 8 starts where he went less than 5 innings, and 10 starts where he gave up more than 4 earned runs, both team highs. Again, Anderson and Tomlin are probably a lot less likely to give you the 8 inning, 10 K outings that Bauer occasionally can, but they’re also a lot less likely to make you shut the game off before the Indians bat through the order. It was worth the risk last year when you almost needed those wondrous outings to win with our offense. With an (almost) healthy and (almost certainly) improved lineup in 2016, I’ll take Consistency for 1000 Alex.

BONUS REASON #4.5 – Of those 8 starts of less than 5 innings, 5 came in the second half, and of the 10 starts of more than 4 earned runs, 6 of them came after the All-Star break. Limiting his innings early in the year by having him come out of the pen could help stretch him out and give us productive Trevor when he inevitably starts some games later in the year.

“Bunting and driving his relievers into the ground, that’s what Terry Francona DOES!” – Some Indians fans. Having Zach McAllister last year helped with the latter. Having Bauer in the pen will help even more. Say we had a situation where a starter, like oh I don’t know, Bauer, get knocked out of the game early and had to ride ZMac for a solid 3-4-5 innings. That probably still doesn’t get you to the end of the game, so you use another guy or two. Then the next day the opposite happens, but your long guy is OOC, so you have to burn your go-to guys in a game where you didn’t really need to. Enter: 2016 Bauer. Bryan Shaw is on cloud friggin nine this afternoon. 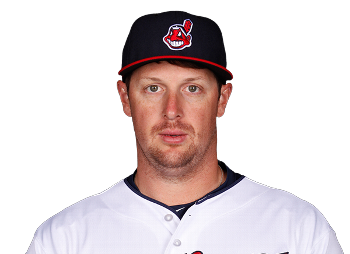 This one might be a stretch but it’s certainly not out of the question. Some guys excel as designated hitters because they only have to focus on one aspect of the game. They don’t have to worry about how they’re fielding or throwing the ball, all of their focus is on the opposing pitcher and how he’s  throwing to guys and what his plan is for his next at-bat. Other guys strike out a couple times, drive themselves crazy stewing on the bench and are never heard from ever again. You never know. And you certainly never know with someone as…eccentric as Bauer. But hey. It could happen.

Carlos Carrasco is obviously a very rare talent, as is the series of circumstances that led to his rise to the top of the pitching totem pole, but you can’t deny some similarities here. Cookie went from giving up 18 runs in his first 4 starts of 2014 and getting demoted to the pen, to being a dark horse Cy Young candidate two years later. Never doubt Mickey Callaway. And never look him straight in the eyes.

Bringing Trevor Bauer out of the bullpen won't exactly help his confidence, but maybe it'll work out like it did with Carlos Carrasco?

Jeremy Sowers started 22 games for the Indians in 2009.

10. Cody Anderson didn’t get squeezed out of the rotation

This is a big one. Cody came out of nowhere to most people last year and was remarkably consistent. He then stayed at the complex in Goodyear all summer, worked on his body, and came into camp looking

Cody Anderson said he's been sitting 95-96 mph with fastball this spring. In Wed start, focused on fastball command, even in non-FB counts.

He still might have made the rotation even with Bauer, but you never know with the extension given to Tomlin this off-season. Plus I’m pretty sure he’s the only player in the majors that still uses a Nokona glove and I loved those things when I was a kid. Gotta keep them in business.

Before I sign off, let’s all please remember one little thing…

TREVOR BAUER HASN’T BEEN DAMNED TO THE FIERY DEPTHS OF THE BULLPEN FOR ALL ETERNITY.

I’m not a betting man, but if I were I’d say it’s a pretty safe wager that Bauer will start double digit games this season.

Indians had 11 pitchers make starts last season, so they know odds are high that Bauer (and Clevinger, House if healthy, etc) will do so.

And if he doesn’t, we either got insanely lucky with injuries or he wasn’t pitching well enough and this was the right decision in the first place.

@tpaquette_IID @hiramboyd Side note, this is potentially good news for a guy like Morimando or Plutko. Opens spot in @CLBClippers rotation.