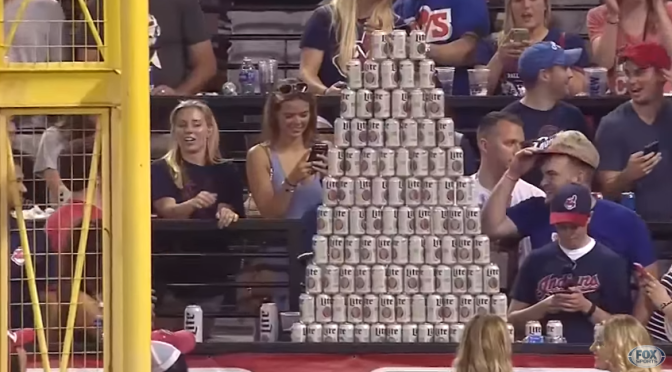 Welp. We had to take it down. 😭 pic.twitter.com/yHXHIN21AL

(pic via my good friend Tom)

See, this is what we do in Cleveland. We drink. Indians game? Drink. Muni Lot? Drink. Sister’s high school graduation? Yep, drink. Grandma’s wake at a funeral home? Drink in the parking lot to be respectful.

I can’t even begin to fathom the skill and dexterity it took to build that beauty. There’s so many outside factors that could have contributed to it toppling over too- wind, bugs, unruly fans, the burning glares of baseball “purists” who hate fun. It took a lot of expertise to build that beer pyramid, but also a lot of luck too.

Kudos to whomever constructed that tower. I’ll join you in building the next one.