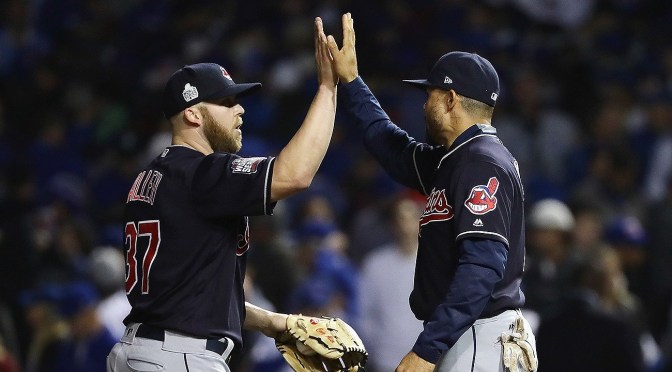 Well that was harder than it should have been.

Despite home plate umpire John Hirschbeck’s best efforts, the Indians won Game 3 of the World Series last night 1-0 to take a 2-1 series lead. The last Tribe team to go up 2-1 in the World Series?  The fellas of 1948. Maybe you’ve heard of them.

I’m not entirely sure what I would have done if we didn’t win that game, but it wouldn’t have been good. Thank god it was Tomlin out there, Trevor Bauer might have spontaneously combusted right in front of our eyes if he got consistently hosed like that. Our boys beat the Cubs and John Hirschbeck last night.