Ah, the 4th preseason game. The most meaningless football game (on any level) of the year. The game where starters don’t play a down yet a backup’s livelihood can depend on if they can hold their block on the punt team. While the Browns will most likely play their starters for a portion of the first quarter, the Bears have already announced that their starters won’t see the field. With tons of questions still unanswered about this team, these are a few of the ones I want to figure out:

1. Can the Browns 1st team offense pass the 50 yard line vs the Bears second team defense?

The offense has left much to be desired so far this preseason. Hopefully Brian Hoyer and Co. can pull their heads out of their asses and try and get some cohesion going into the regular season. I’d love to see a throw or two downfield so when teams scout us during the regular season they’ll see that we actually CAN throw the ball over 25 yards. I know in the grand scheme of things preseason football doesn’t mean shit but I think it’d be good for the Browns and their fans if the first team offense looks semi competent and maybe, just maybe, can get into the end zone.

2. Is Johnny Manziel’s new Snickers commercial the best commercial of the year or of the decade?

The Budweiser Clydesdales, Terry Tate Office Linebacker, Cindy Crawford drinking a Pepsi, Johnny Manziel teaching aerobics. All-time classic commercials.  Add this one to the list.  Are there an Academy Awards for commercials? Because if so, Johnny just won them all.

The first team defense VASTLY underperformed vs. the Rams on Saturday, making teammates Shaun Hill and Austin Davis look like the 2nd coming of Joe Montana and Steve Young. The secondary got exposed and the front seven allowed Hill and Davis to sit in the pocket and sling it all over the field. Hopefully Pettine and DC Jim O’neill can draw up some blitzes to get to Jimmy Clausen and knock that stupid ugly look off his face.

4. Who will step up and claim the last receiver spot(s)?

Miles Austin, Andrew Hawkins, Nate Burleson (I think) and Travis Benjamin will all make the team. Now that Josh Gordon is officially not coming back, that means Charles Johnson, Willie Snead, Marlon Moore, and Taylor Gabriel are all fighting for the final spots. Gun to my head I say Charles Johnson and Willie Snead make the 53 man roster but we’ll see.

5. How sexy will Rex Grossman look in his Browns game uniform?

6. Can Johnny Manziel continue to progress?

The main thing I’ll be keeping an eye on is how comfortable Manziel looks on the field. I felt he made some good strides last week and hopefully he can continue to do just that. I’ll be extremely upset if he gets a rushing or passing touchdown and this isn’t his celebration:

7. Will the Browns go winless in the preseason?

I know I’ve preached time and time again that the preseason is pretty pointless but According to FootballOutsiders.com, 68 percent of winless teams go on to have a losing record in the regular season. Even if the Browns finish the preseason 1-3 it still looks A LOT better than having a zero in the win column. Hopefully tonight will be the first of 20 straight wins culminating in a Super Bowl trophy. 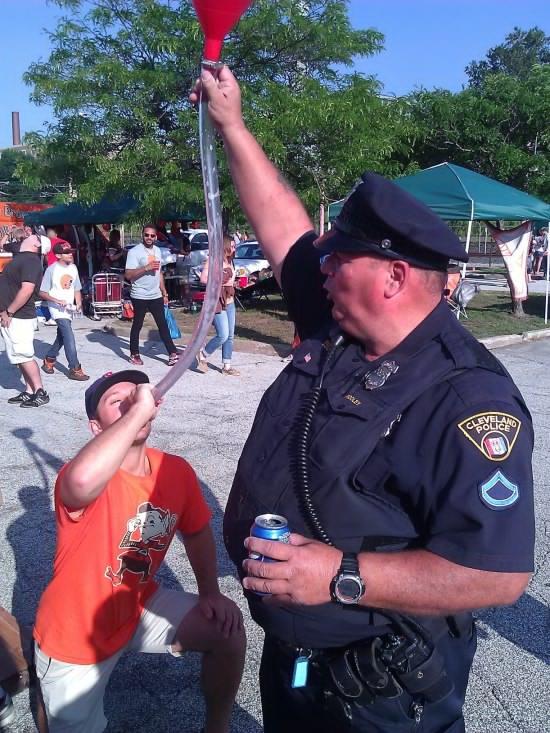 PS- After the first half is over I will 100% be tuning into Texas A&M vs. South Carolina.