Well then. That was fun. That’s something I really enjoyed. I could get used to that. Winning playoff games is pretty fun.

The Cavs shook off some first quarter rust, went to halftime tied, then took off in the second half and never looked back. LeBron had his normal ho hum 31, 8, & 6; Tristan and Mozgov each had a double-double; Kyrie the gimp added 10; and JR was on fucking fire hitting every single 3 pointer imaginable to the tune of 28 points and the Cavs won their first game 1 road playoff game in team history.

Something happened in the second half. That something was JR Smith.

Bad moment here with Demarre Carroll’s knee. Hopefully he comes back this series.

The Cavs built a big lead, LeBron dicked around in the 4th quarter, the Hawks got it close, and then LeBron did this

-Tristan Thompson played 42 minutes last night which was more than other player on either team. Tristan Thompson had the most minutes played in an Eastern Conference Finals game. Just let that sink in. This man is getting PAID this summer. 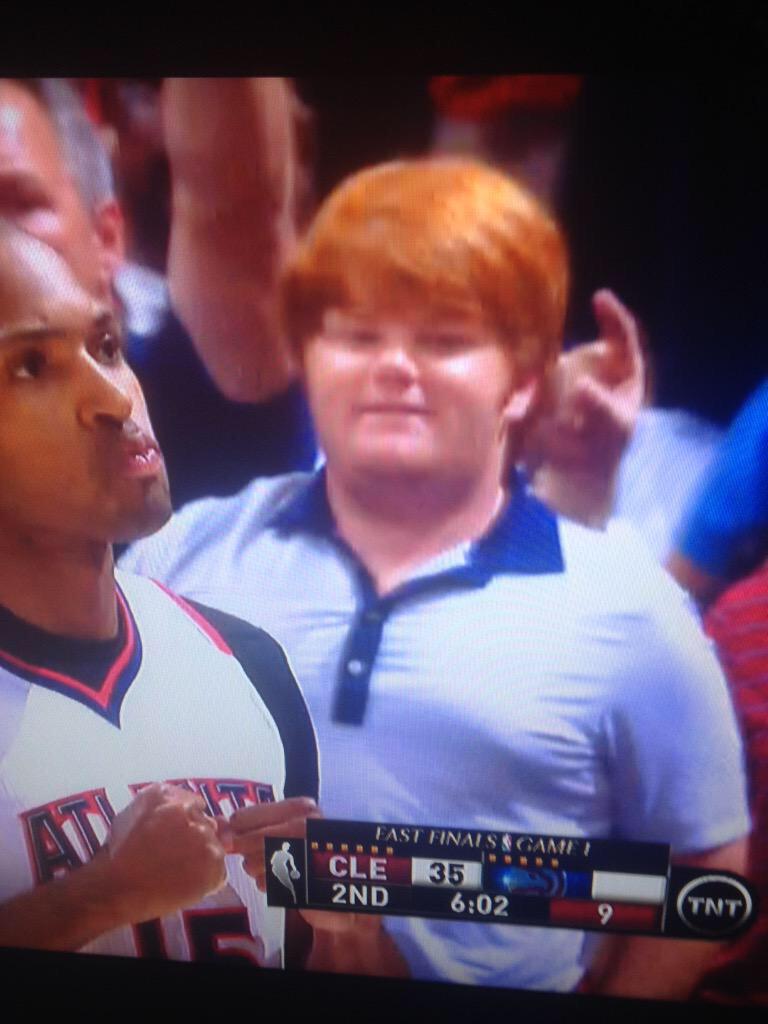 – Delly really followed up all that good pub from game 6 in Chicago, huh? With Kyrie out, we’ll need him to play somewhere in the middle of last night’s game (0 points) and game 6 in Chicago (19 points)

– The loss of Demarre Carroll really really hurts the Hawks.

– Why was Paul Millsap checking LeBron at halfcourt? Bro, don’t try and be a superhero.

GIF: LeBron drops Paul Millsap, should not have hesitated pic.twitter.com/PnItBfmcXX

– I’m not addressing whatever the fuck LeBron was doing in that stretch of the fourth quarter. I don’t know what it was but I don’t think he’ll be pulling that again.

Cavs' LeBron James tells @FOXSportsOH he didn't like how he closed out Game 1 win over Hawks: "I allowed them back in it with my nonsense."

– Man how nice was it actually watching basketball last night and not having to pray on Tuesday that the ping pong balls bounced our way?

– Jeff Teague is better than I thought. Clearly this is going to be the hardest match up the Cavs have to work through. With Kyrie hobbling + Teague’s speed, Coach Blatt is going to have to draw up a defense to limit Teague’s blow bys and drives to the hole.

– After 2 emotional and heated playoff series against 2 hated teams, I just can’t bring myself to hate the Hawks. There’s just nothing about them that gets my blood boiling. The good thing is that there’s at least 3 games left and this could all change.

– The Atlanta Hawks organist is the best thing about Atlanta.

– Geez. Clean it up, girl. (this is probably how I’ll be when I see Shaq Sunday night at Barley House)

– I’m not a Hammer hater like most of Cleveland but c’mon dude, you don’t have to play the negative character every second of the day. Sometimes it’s nice to sit back and enjoy great performances by your players. 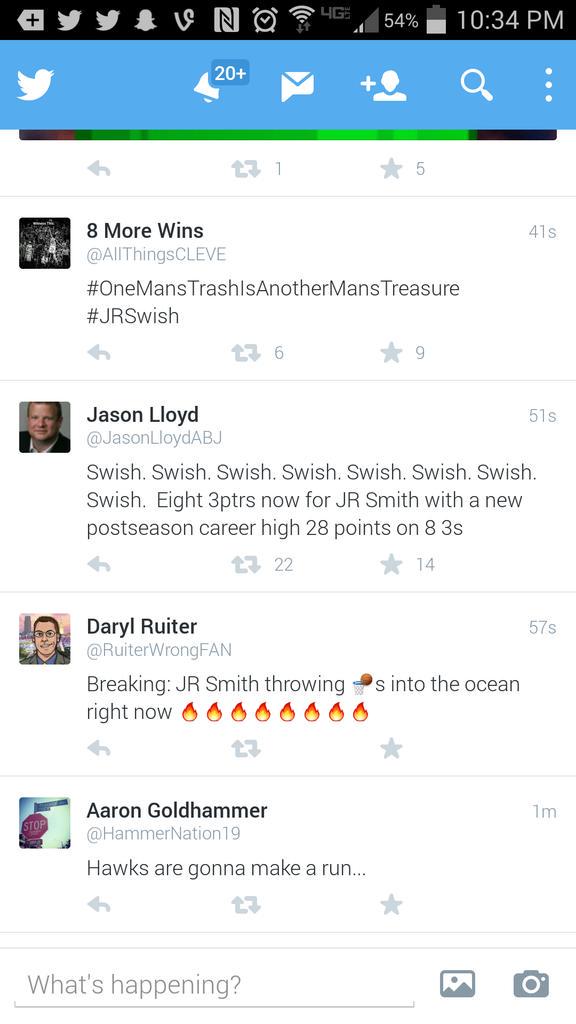 – You’d think Charles would know how to pronounce Dellavedova by now…. but NOPE!!

– Almost put Kent Bazemore’s dunk in here. Nope. If it doesn’t make the Game Tape then it really didn’t happen.

See you guys on Friday.

Just as we did for the Celtics and the Bulls, we compiled a gallery of all the hot Atlanta Hawks fans.

Disclaimer: There aren’t many hot Hawks fans (probably because there aren’t any Hawks fans but I digress) so we had to throw some Falcons and Braves girls in there as well.

We need to know our opponent inside and out and this gallery accomplishes just that. Enjoy