So on Twitter earlier this week we started to kick around the idea that if you had the first pick in a Fantasy draft of football movie and TV characters, who would be the #1 pick? Being the Friday Night Lights fan that I am, I would pick Tim Riggins. Texas Forever, no questions asked.

That got the wheels turning and pretty soon I was putting together an entire team filled with on-screen football legends. The Waterboy, Little Giants, Blue Mountain State, etc. are all represented.

A few rules: No professional football players aka no Terrell Owens from Any Given Sunday or Bill Romanowski from The Longest Yard.

First up, the defense. We’ll run a standared 3-4. You’d be surprised how many really good linebackers there are in football movies. Cornerback is a weakness but that won’t be a problem with the amount of pressure we’ll put on the quarterback. We’re sending at least 2 guys on blitzes every play.

Anyone who can give a speech like this on the sidelines in the middle of a game will be my DC 100 out of 100 times.

Easy choice here. Size, strength, intensity… only if he’s on the juice though. Has some of the most intimidating face paint you’ll ever see. Need guys like him to take on double teams and free up lanes for the inside linebackers. Athletic enough to drop into coverage and strong enough to shed blockers at the line. STARTING DEFENSE PLACE AT THE TABLE.

All-American. Quick off the edge. Had one of the best speeches of the movie. “Attitude reflect leadership, captain” 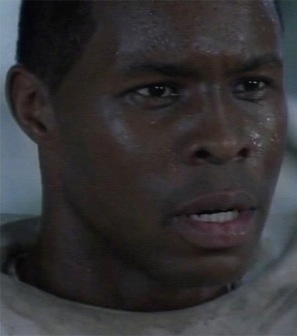 Absolute no brainer. Old school throwback player that plays with a tenacity that makes Ray Lewis seem like Todd from Wedding Crashers. As long as his batshit crazy mother stays away, he’ll be the leader on defense.

Has all the intangibles and plays with a chip on his shoulder.  Typical angry pre-teen who was probably on HGH as an 11 year old. Was the kid in sports who hit puberty before everyone else and dominated the little leagues. I mean, the motherfucker carried refrigerators and did pull ups on his dad’s arm for fun. Also speaks in third person (must be all the human growth hormone)

Every team needs a Gronk on it and ours is no different. Keeps the huddle light hearted but can also rush the hell out of the quarterback. When he’s not hungover/drunk/high he could be the defense’s most talented player.

Barely made the cut. Doesn’t possess the size and strength of the prototypical outside linebacker but makes up for it with his toughness and smarts on the field.

If he stays away from that idiot Becky, he’ll be alright. Sidenote: Becky is the worst character from any TV series ever. THE WORST.

Makes the team on looks alone. Isn’t great at coverage, gets burned occasionally but is the exemplary teammate as evidenced by giving up his spot to Petey Jones. The last of a dying breed of white cornerbacks. Jason Sehorn 2.0.

Criminal and former star defensive back. Brings a nastiness and toughness to the position to contrast Gosling’s (Alan) finesse style of play

(guy on the left)

Smokes cigarettes on the field. Wears 00. Mean spirited and plays with a chip on his shoulder. Great downhill speed but below average coverage skills. Loves daytime talk shows. 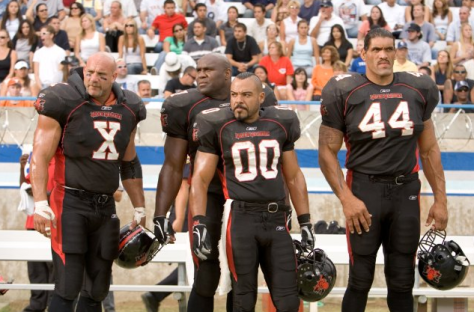 Captain. Tenacious. Love my DB’s wearing single digit numbers. Will rack up a penalty a game for a late hit.

Because every team needs a swearing, alcoholic, degenerate gambling Welsh kicker on their team. Nigel and Torres can share cigarettes on the field.

So, what do you think? Leave your comments/suggestions below or tweet us @Bottlegate, bitches

Stay tuned for the offense