ANNNNNDDD we’re back! After 9 months off the Buckeyes hit the ground running and reminded everyone in the country just how disgusting their offense can be when it’s hitting on all cylinders… And it wasn’t hitting on all cylinders. 0 points in the second quarter yet still ending up with 42. Oh, and did I mention we were missing 3 wide receivers and arguably the best defensive player in the country. Just another day at the office. 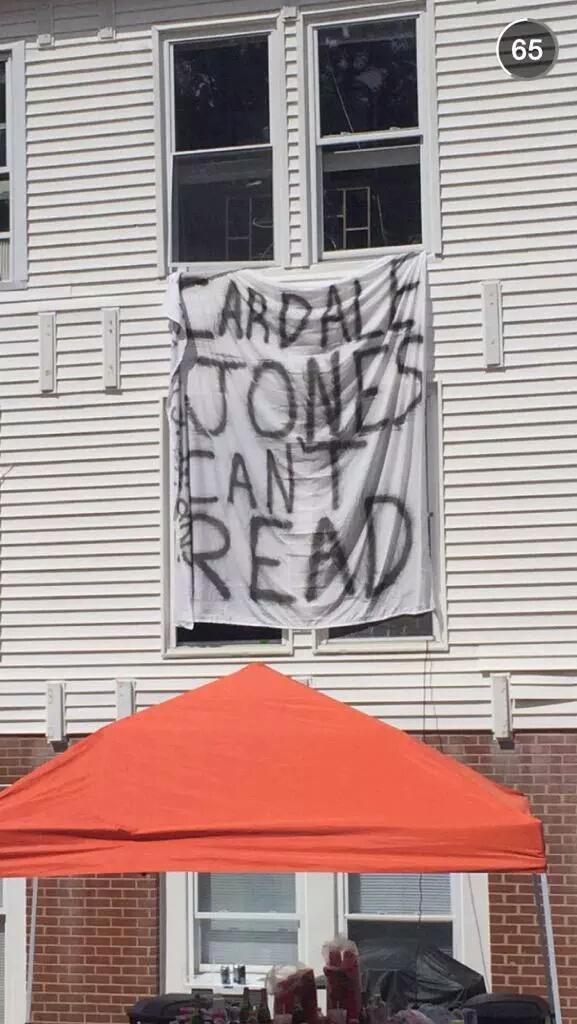 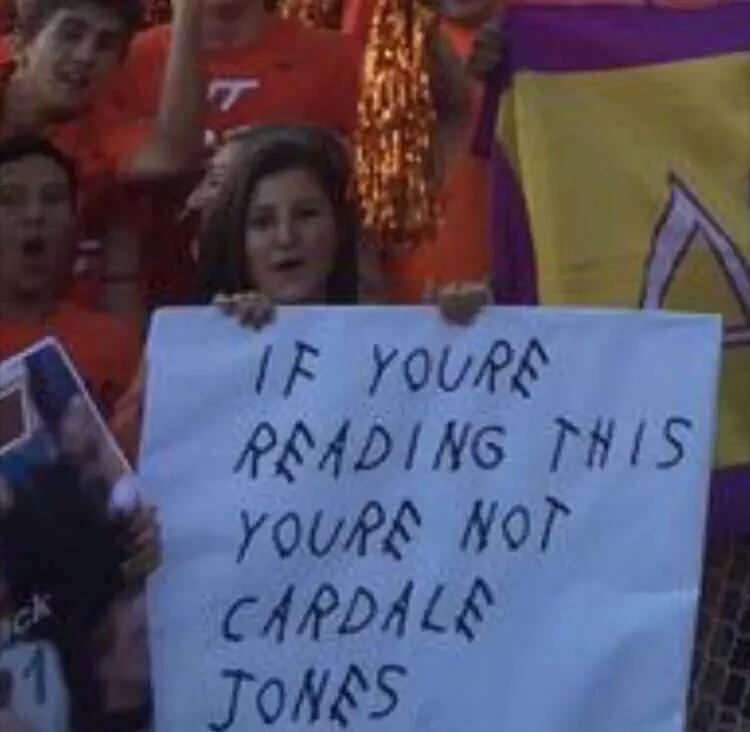 I’ll give credit where credit is due; Virginia Tech coming out to Enter Sandman is one the cooler sights in college football

The biggest question in college football was answered when Cardale trotted out on the field to take the first snap of the season. Everything leading up to this game seemed to lean towards JT getting the nod but Urbs chose to go with 12 Gauge.

Cardale got things started with a nice little toss off his back foot to Curtis Samuel for 6. 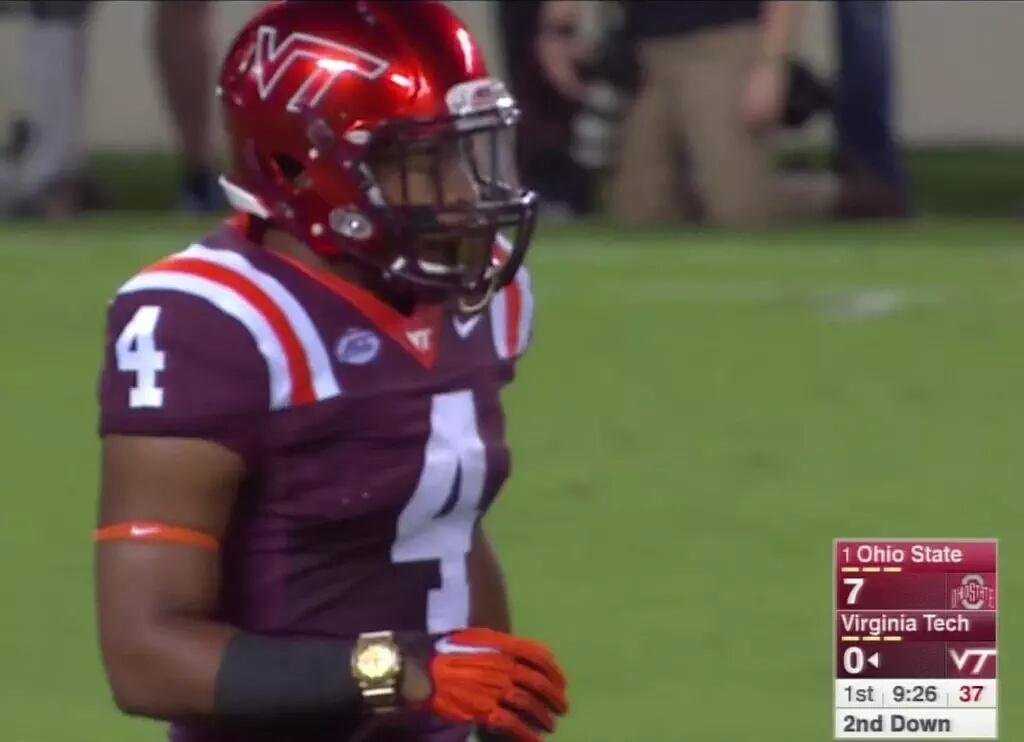 Zeke’s first carry of the 2015 season was pretty good and went for 80 yards and a touchdown.

I think Braxton is going to work out just fine at receiver https://t.co/J4iOE2fy4h

The “Oh shit we have to open against the #1 team in the nation” face. Or the “I just pooped my pants on national TV and it smells” face. 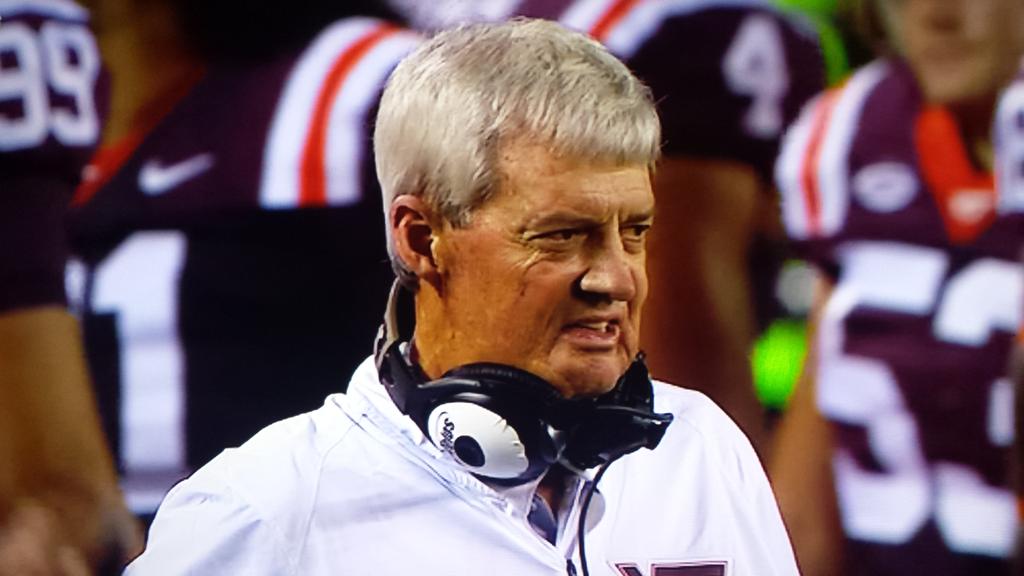 Things got a little hairy in the 2nd quarter when Peyton Hillis Jr. ran a wheel route and juked Eli Apple out of his cleats for a touchdown

The second quarter turned out to be pretty gross for the most part. Bucks didn’t score a point and Virginia Tech turned a 14 point deficit into a 3 point lead going into halftime.

With Jalin Marshall out, Zeke was back returning punts… and, well, he botched one which gave Va. Tech the ball

Virginia Tech would punch it in on a third down throwback pass (hate this type of play BTW) and the Bucks would go into halftime down 17-14.

And then Buckeye Twitter lost their minds at halftime. A couple people clamored for Luke Fickell to be fired, some people even wanted Urban Meyer to get fired. You know, the same Urban Meyer who JUST won a National Championship. Never change, Buckeye fans.

Urban Meyer sucks… play to your strengths and quit over thinking things. Should destroy a team like Virginia Tech.

Then the second half happened.

3rd play from scrimmage after haltime and Cardale flicks his wrist to (FORMER QUARTERBACK) Braxton Miller. Braxton stays on his feet and scores 6. Like I said before, I think this position change is gonna work out pretty well

Sure seems quiet in Blacksburg pic.twitter.com/UJ0JGfE630

Worst foreshadowing ever. Brewer got ROCKED and this hit knocked him out of the game for good with a broken collarbone.

Don't want to pile on but Brewer miiiight want this one back pic.twitter.com/2Wrzs4Jp5O

For some reason there was a guy holding a banana

I’ll be honest, I DID NOT think Braxton’s first game at receiver was going to go this well. I think it’s safe to say he surpassed all of our expectations. Here’s some more sexiness in GIF form:

Cardale walked in for 6 and the rout was on.

Nah, I wouldn't try and tackle Cardale Jones either https://t.co/XdRvvjP11C

And for good measure, the Big Ten record holder for TDs in a season (and our backup QB) came in to throw a  passe in some mop up time… Which led to Mike Thomas giving a dirrrrty stop and go that broke Va. Tech’s best corner’s ankles. Man…

The most Darron Lee pic.twitter.com/hpXz7s41nI