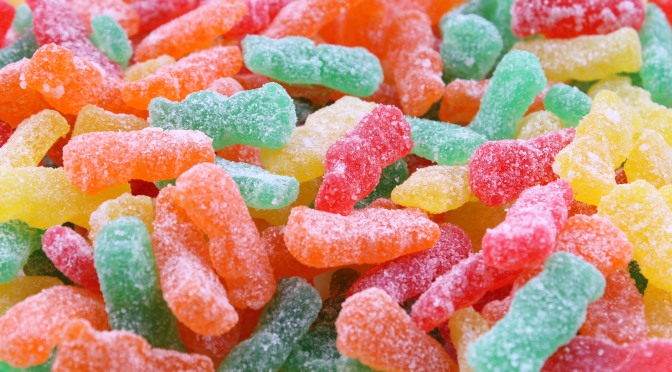 Nation walked into the Family Dollar on Arlington Road, left and returned about 10 minutes later with a sawed-off shotgun.

Nation grabbed the candy and walked up to the register. Nation pulled out his sawed-off shotgun and demanded cash as the employee rang up the sale.

First off, awesome name. Now when people Google “Garth Brooks Fan Club,” stories of a dude stealing second rate candy with a shotgun will pop up.

Second, I’ve read about a lot of robberies in my days of blogging and I can 100% say for certain that I’ve never seen someone rob a store with a SAWED OFF SHOTGUN for a pack of Sour Patch Kids. What am I missing here? How were there no other items he could find in the entire store that he wanted? Sour Patch Kids are the most overrated candy on the planet. I mean, sure they’re OK tasting for a little bit but after the taste is gone they stick to your teeth for about 5 days. Fuck that. Only teenagers like the super sugary candy like Sour Patch Kids and Mike and Ikes. Be an adult and eat chocolate.

If I’m brandishing my shotgun in some innocent Family Tree employee’s face then I’m at least stealing some Reese’s or a Butterfinger. Maybe a bottle of Sprite and some Jack Links Beef Jerky or a bag of Combos. None of this Sour Patch Kids nonsense, only 6 year olds like that kind of stuff. While this guy is definitely a psycho for using a sawed off shotgun to steal, he’s more of a psycho for choosing Sour Patch Kids as his go-to item.

Per usual, the esteemed brainy bunch over in the comment section of Cleveland.com brought it strong