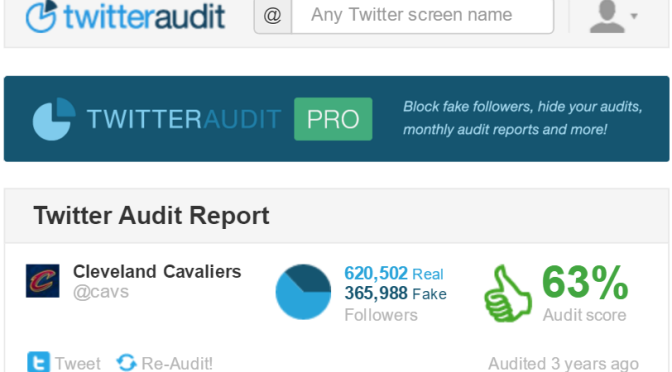 So yesterday as I was perusing through the ol’ Twitter timeline I noticed an article from Next Impulse Sports claiming that half of the Carolina Panthers Twitter followers were fake. 500,000 accounts out of 1 million. Sheesh. Team accounts buying Twitter followers just seems kinda scummy. But apparently that’s pretty standard stuff for big companies/pro teams/celebrities trying to build their brand? I imagine in the early days of Twitter people probably did this shit all of the time.

Well, that got me to thinking about our favorite professional teams in Cleveland and their Twitter accounts and how many of their followers were real and how many were fake. Ya know, the real hard hitting, investigative stuff you’ve come to expect from this site.

I used Twitter Audit because that seems to be the go to site/app to expose these accounts. I’m not sure if it’s 100% accurate but there has to be some truth to it. 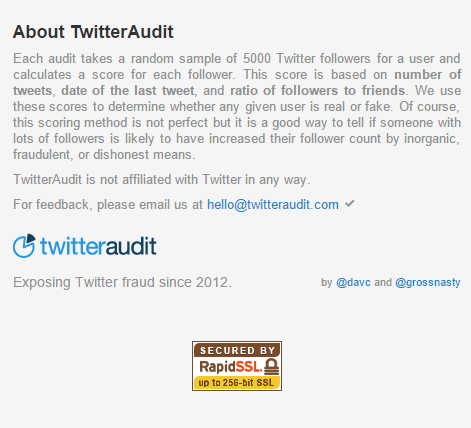 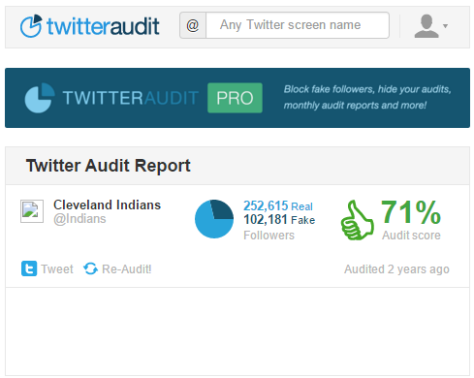 102,000+ fake accounts follow the Indians. So basically the capacity of The Horseshoe at Ohio State.

Almost 152,000. I definitely thought the Browns would be close to around 300K. Just seems like a Scheiner or Farmer move to buy hundreds of thousands of fake followers while Scheiner was busy raising season ticket prices so he could afford to pay Swagger’s appearance fee.

What? The Cavs with 366K fake followers? Arguably the most popular team in town needed to buy all those followers? C’mon now… No doubt in my mind that this happened in 2010 right after Dan Gilbert wrote the Comic Sans letter. Truth be told I might consider losing LeBron again if that meant 100,000 + followers on the @Bottlegate Twitter account.

So there’s that. Hope you enjoyed this pointless “study.”

One thought on “Which Cleveland Professional Sports Team Has The Most Fake Twitter Followers?”