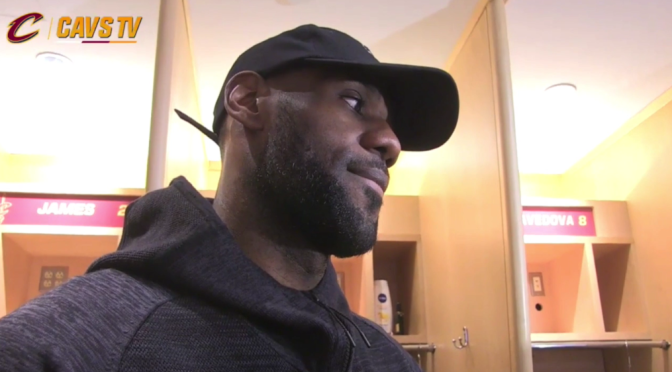 So the big talk around Cleveland and all of the national sports sites is that LeBron apparently unfollowed the Cavs official Twitter account yesterday. Probably not a huge deal. But it’s weird… because people who actually go out of their way to unfollow people are weird, psychotic, and unstable.

I definitely don’t think it means that he’s leaving again or anything but it’s still just one of those odd passive aggressive social media games LeBron likes to play. Who unfollows people on Twitter? Especially the team that employs you? Out of my 6 years on Twitter the only times I’ve ever unfollowed someone is when a Cleveland athlete ends up on another team or when someone becomes too boring. I’m not throwing around unfollows all willy nilly, probably have only unfollowed 4-5 accounts in my Twitter existence.

When you follow someone on Twitter you’re signing a social contract. It’s kind of like marriage- for better or worse, sickness, health, rich, poor, all that stuff. If you can’t handle someone at their worst, you don’t deserve them at their best.

On second thought, maybe LeBron unfollowing the Cavs on Twitter is actually a genius move. It gives something for us idiots to talk about instead of Saturday’s game at Miami, chemistry issues, lack of defense, etc.

Actively rooting for LeBron to unfollow someone on the team now just to see everyone’s reaction.

One thought on “Can We All Just Admit That LeBron Unfollowing The Cavs Account On Twitter Is Weird?”