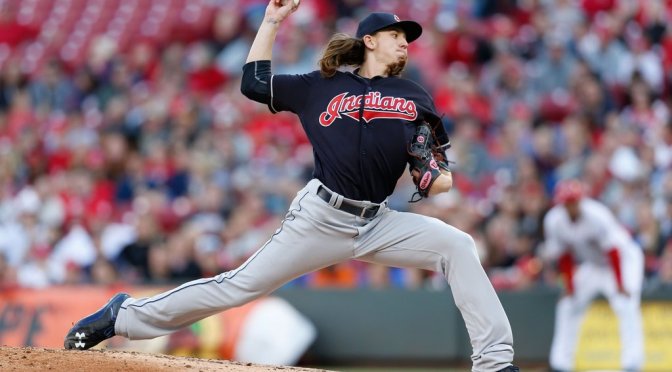 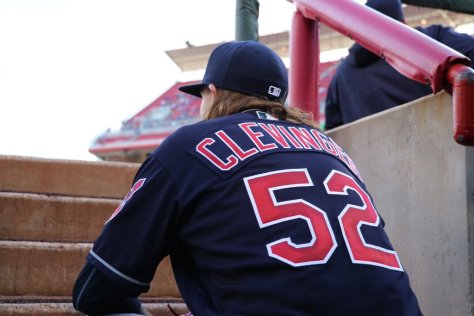 Indians right-hander Mike Clevinger was called up to make his MLB debut last night in Cincinnati against the Reds. He’s ascended up the ranks of the Tribe farm system (and various top prospects lists) pretty quickly  over the past couple years, capped with a strong spring training and a 5-0 start in AAA this season.

So the curve is as advertised https://t.co/vRGmMlsM1P

Flashed a little leather, too:

The Tribe ended up winning in 12 innings after Frankie Lindor hit a go-ahead solo jack in the top half of the inning. That’s all good and everything, but the real story comes from the events over the last day or so that lead up to Clev’s debut.

It started with the phone call, er phone calls. He was so stunned when he got the news that Clippers manager Chris Tremie had to call him back 5 minutes later to make sure actually understood what was going on:

Michael Clevinger said it took two calls from manager Chris Tremie to fully understand he was getting called up. pic.twitter.com/1kECRukqSt

Then yesterday, anybody who was around him before the game started didn’t need to ask to figure out what his pre-game meal before his first Major League start was. And anybody who wasn’t might have had a hard time finding him if Mike Napoli hadn’t stopped him from walking into the home team’s bullpen:

.@Indians manager Terry Francona on @Mike_Anthony13's debut – "he was better today than he was in spring training."https://t.co/dGZ6YkxuBi

“I’m just checking it out.”

Classic Clev. Love that he handled his MLB debut exactly how any normal dude would, by puking and deliriously wandering around the ballpark.

Looking forward to many more full-bellied starts from this guy.