Ah, Thanksgiving. One of the best holidays of the year. A holiday where you can eat like a gluttonous asshole, consume your weight in food, and drink until you can drink no more. Where overeating and stuffing your face until you can’t breathe is considered normal. Thanksgiving is the official start of #FatSeason, the imaginary totally made up season where it’s socially acceptable to get fat and it’s illegal to be judged for being a slob. Fat Season officially runs from Thanksgiving-Valentine’s Day.

We had a lot of back and forth on our Top 10 Thanksgiving foods… There was a tie at number 4. Even had an employee threaten to quit. People are passionate about what their favorites foods are to eat on Turkey Day.

Here’s how our list played out… but first enjoy this fire jame about Thanksgiving. No joke I listened to it about 8 straight times while making this list. It’s a banger and catchy as hell. It pretty much turns into an Iggy Azalea rap at around 2:30.

Doesn’t crack the top 10 but we’ve had the same guy on Twitter tweet us about 4 times for his love of cranberry sauce (but only the jellied, canned cranberry sauce, mind you) so we figured we’d throw him a bone. Adam if you’re reading this, we hear you.

The only, and I mean THE ONLY reason why sweet potatoes even sniffed this list is because Austin threatened to quit.

Do you know how had it is to find a talented Indians writer? If we want to take Bottlegate to the next level, he needs to be on board. So to satisfy him, sweet potatoes made the list. (In reality, sweet potatoes blow and barely crack the top 10)

Underutilized dish for sure. I don’t think cheesy potatoes are a staple at most family’s Thanksgiving feasts but they should be. Anytime you can add cheese to an already delicious food such as potatoes it’s a game changer. Not as classic as your traditional mashed potatoes but if the cheesy potatoes continue their upward trend, they could be a force to be reckoned with on our 2015 list.

It’s not my favorite pie, but it makes the list. There’s just something about eating 6 lbs of turkey and mashed potatoes and then washing it down with about 4 slices of apple pie. Plus it’s American as shit.

There’s two people in this world. The weirdos who prefer white meat, and the classy, distinguished people who prefer dark meat. What shade of meat someone prefers really says a lot about that person. White meat is pretty “meh,” but when it’s smothered in gravy it turns into a delicacy.

A darkhorse for sure but I’m literally (yes literally) going to have myself about 17 pickles on Thursday. And for that, they make the top 10.

Disclaimer: Pumpkin Pie only makes this list if there’s whipped cream. No whipped cream and P. Pie might not crack the top 15. If you don’t put whipped cream on your pumpkin pie you might be a certified psycho.

Ah, the meat of the Gods. The meat reserved for a king. How anyone would prefer white meat to this succulent, delicious, mouth watering poultry is Looney Tunes to me. Dark meat appeals to those gentlemen out there who have a distinguished sense of taste and appreciate the finer things in life.

In my opinion, the crown jewel of the list. No Thanksgiving dinner is complete without mashed potatoes. White, fluffy, savory goodness.

I’m admittedly not a stuffing guy, but I know the importance of stuffing to a Thanksgiving meal. People love it, swear by it, are smitten by it, go ape shit over it. Fights have been started over it, people have come to blows discussing it. Stuffing fans are a passionate bunch. For that reason alone, it cracks the top 5.

The undisputed number one champion in all of the Thanksgiving foods. It may not be the most filling, but it’s the most important. Imagine Thanksgiving dinner without it. Dry turkey, unflavored mashed potatoes.. No fucking thanks. If you’re not making a lake of gravy on your Thanksgiving plate then you’re doing it all wrong. Your plate should look like a bowl of soup.

I love gravy. I love gravy on mashed potatoes. I love it on turkey. And I take gravy and put a little bit in my hair when I’ve had a rough week. What do you think holds it up, slick?

And that’s it. The list to ends all lists. Enjoy Fat Season, you guys. 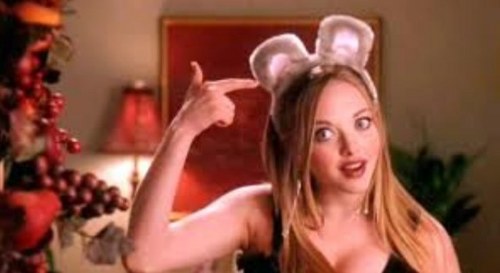