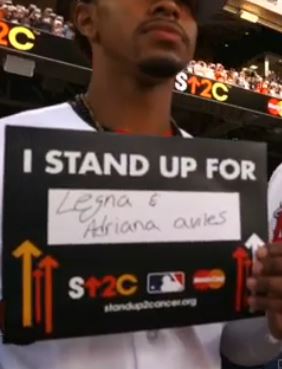 Mike Aviles might be playing his ball in Detroit nowadays, but the impact him & his family had on Indians players, coaches and fans during his time here clearly isn’t going away any time soon.

14 months after she was diagnosed with children’s leukemia, 11 months after she threw out the first pitch at Progressive Field with her twin sister Maiya and 5 months after her dad gave everyone the great news that she is cancer free, Adriana Aviles made a fitting return to the baseball diamond last night – at the Major League Baseball All-Star Game, when Francisco Lindor Stood Up to Cancer for her after the fifth inning.

It was an awesome moment, not just for Lindor and Aviles but for everyone involved in the game. Players, coaches, fans, announcers, concession workers, law enforcement, everyone has been affected by cancer. And for that minute or so, everybody in the ballpark is connected and united against a truly awful disease. It’s a really cool moment every time they do it. 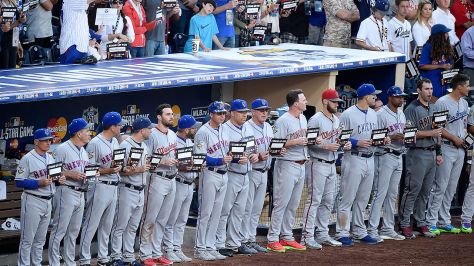 The full video from last night can be found here, and info on Stand Up to Cancer and other programs Major League Baseball is involved in is available here. 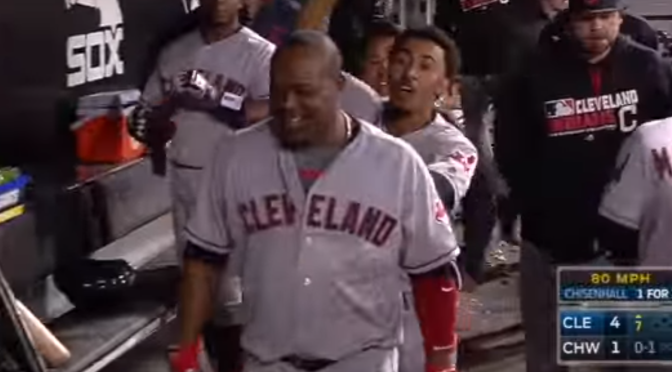 When you’re on Bottlegate dot com twice in one week: 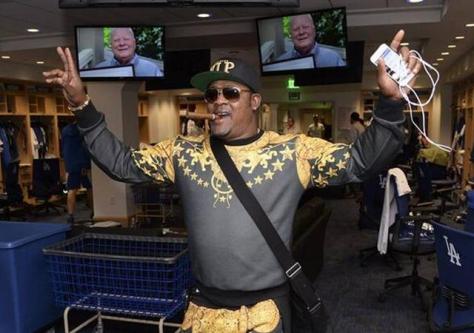 Great on the field? Check. Great in the dugout and clubhouse? Uh huh. Great in the community? You bet. Frankie just gets it man. Everything about being a professional athlete, even at 22 years old, he gets it. Crazy to think he’s still a year younger than that former Browns quarterback who’s currently unemployed and barely looking like a human, let alone a football player.

It might have been hard to enjoy at the time, given what was happening up in Canada, but let’s not gloss over that pimp job from Juan, either. A truly professional performance.

This just happened. Can't let the @Indians do that to @RaysRaymond in our house… pic.twitter.com/4RQVbTs88M

Who won the game last night? Who cares. I’d much rather see my infielders team up to beat the crap out of some mascot than win a regular season game in April. It builds camaraderie and character. Kipnis and Lindor are officially Cleveland’s version of the Bash Brothers.

I hope the New York Mets are planning to bring their mascot to Cleveland this weekend so I can see the middle of our infield take out Mr. Met as well.

Also. I know it’s been a few years but “Tampa Bay Devil Rays” is such a better name than “Tampa Bay Rays”