Love it. Lull your opponent into a false sense of security. Make him think he’s just having a nice time on the playground trying to relive his childhood. Slide down some slides, swing on the monkey bars, bounce around on the teeter totter. Then boom! Attack. No doubt in my mind that after this video stopped rolling Gary dropped the nice guy act, suplexed DeAngelo through a picnic table then threw him into a Figure Four and made him tap.

I assume this was filmed down in Dallas when the two were attending Wrestlemania together. 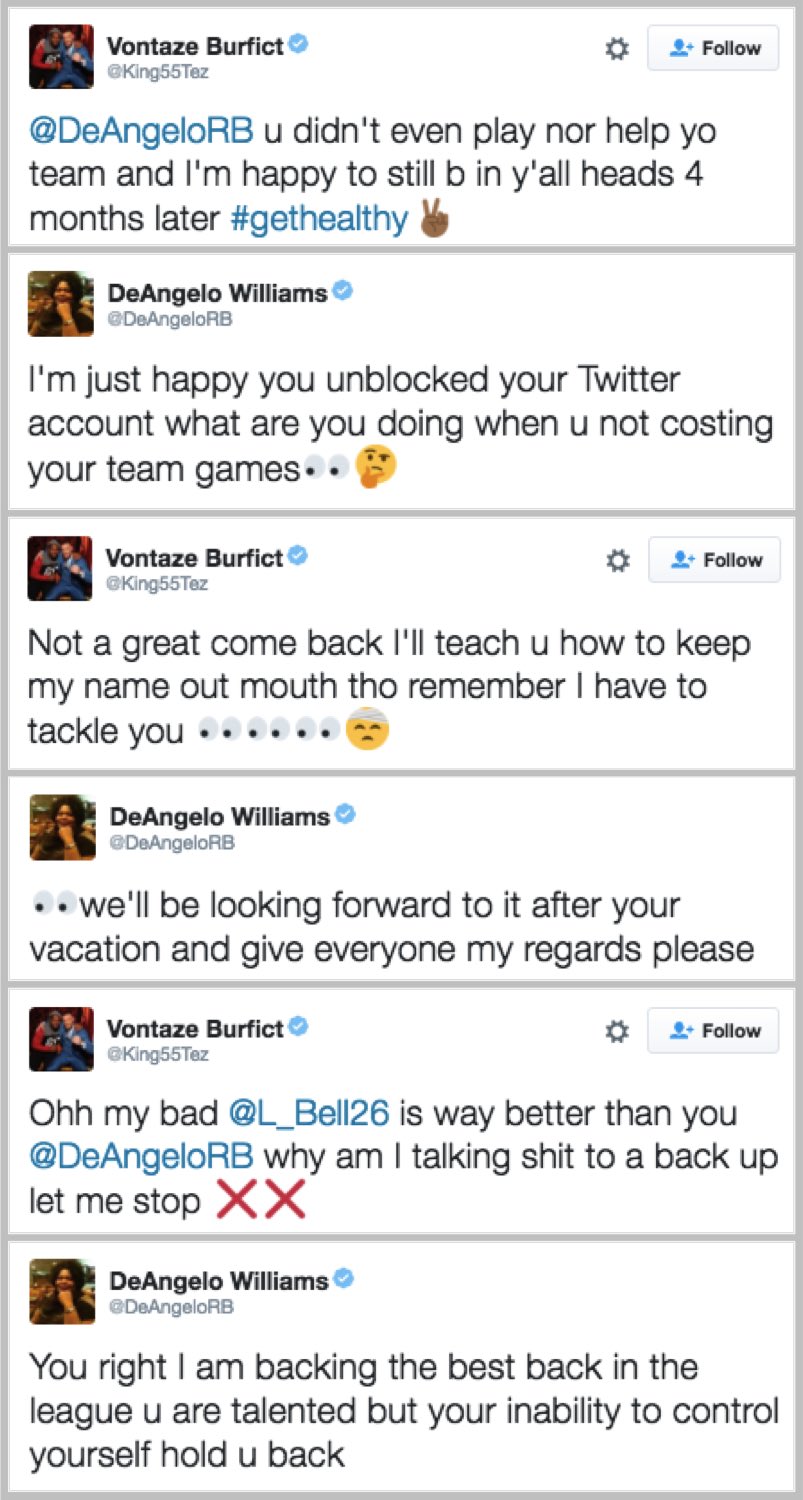 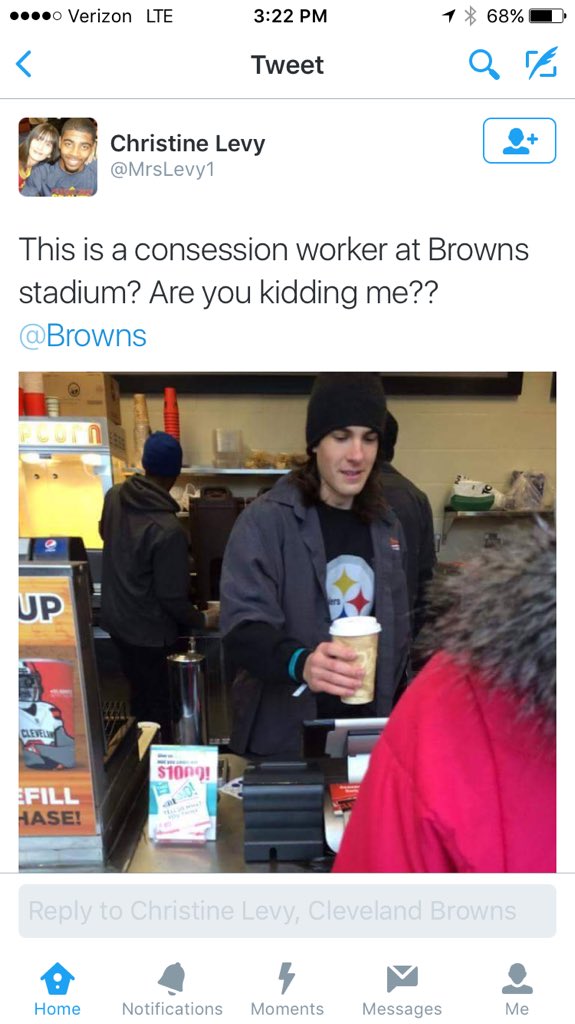 Lost in all the craziness of this Browns weekend was this dude wearing Steelers gear while working the concessions at a Browns game. Look, I hate this move. Absolutely hate it. But I have no choice but to respect it. If a Browns fan pulled this off at Heinz Field I’d be clamoring for the city of Cleveland to rename a street after him.

If the Browns organization wasn’t currently imploding and on the verge of doom then maybe I’d have stronger feelings for this guy, but I just don’t. I’m actually shocked that no Browns fans threw a beer in his face. But that’s just where the Browns are at right now. Thousands of terrible towels in the stadium yesterday, Steeler fans working concessions… it’s a joke. Think this happens in the 80’s/early 90’s? No way. He’d probably be pegged with hundreds of dog bones and then sacrificed to the fine, understanding patrons of the old Dawg Pound.

Maybe the best response of them all:

.@Bottlegate Silent Bob can fill in for him

The Browns host the Steelers today for the last game of the year today and for every opponent a Cleveland sports team plays, we put together a photo gallery of the other team’s cheerleaders and fanbase. The pics could be funny, weird, hot, disturbing, etc. Here are what the fine fans of the Steelers look like:

PITTSBURGH – JANUARY 11: Terrible towel waving fans of the Pittsburgh Steelers dressed and in black and gold with black and gold make-up cheering during the game against the San Diego Chargers on January 11, 2009 in Heinz Field at Pittsburgh, Pennsylvania. (Photo by Michael Fabus/Getty Images) Original Filename: 84329204.jpg

HONOLULU, HI – JANUARY 26: A fan of the Pittsburgh Steelers watches the action during the 2014 Pro Bowl at Aloha Stadium on January 26, 2014 in Honolulu, Hawaii (Photo by Scott Cunningham/Getty Images)