From PFT- Broncos receiver Wes Welker has been suspended for the first four games of the season for violating the NFL’s policy against performance-enhancing drugs.

According to multiple reports, Welker tested positive for a banned amphetamine.

Source: Welker took Molly at the Kentucky Derby. It had been cut with amphetamines. Same situation as Orlando Scandrick. Whoops! Doesn’t surprise me one bit. Have you ever been to the Kentucky Derby? The place is one big shitshow with fancy hats and Mint Juleps. My only advice for Wes is next time you go to the derby, go to the infield. You won’t find any of those high class drugs there. No sir. None of that rich boy fancy stuff. The only thing you’ll find on the infield is whiskey, Bud Light, and the occasional pile of vomit. And maybe some of these people: 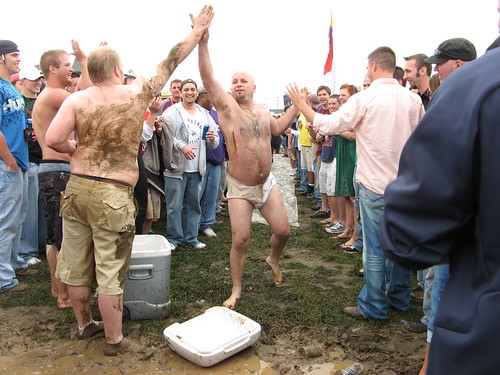