College football. A sport littered with rivalries and downright hatred between fanbases. Ohio State-Michigan, Auburn-Alabama, Oregon State-Oregon. The most passionate and insane fans call the college side home on the gridiron.

In the past three games, Ohio State has played some pretty “hateable” competition; Michigan (obviously); Wisconsin (Big Ten rival, have had some great matchups with the Bucks the past couple of years); and my personally most hated school/state in the US- Alabama. 3 schools that are easy to hate if you’re a Buckeye fan. But what about Ohio State’s opponent in the national championship games? There’s nothing really to hate about Oregon, right?

There’s plenty to do with the University of Oregon that’ll sharpen your Hatred Knife. From Phil Knight to their uniforms to their mascot, here are the Top 10 reasons to hate the Oregon Ducks presented in no order (except #1… #1 is in a class all by itself)

KISS- Keep It Simple, Stupid. Short & quick and to the point while presenting a valid statement. Hipsters. Fucking. Suck. Oregon has tons of hipsters.

Hipsters suck… so that means Oregon sucks. Yeah your face  just got melted off due to the Transitive Property.

10. Their uniforms are trash

Oh, I know how we can be cool. Let’s have a different uniform combination EVERY game ever. GREAT IDEA!! Sure, lets leave our uniform decision up to an 11 year old with ADHD who hasn’t taken his Ritalin in 5 months.

I imagine the conversation to go something like this every week:

“Hey this neon green will go good with a dark purple”

“But Phil, purple isn’t one of our school colors”

Joey Bosa summed it up perfectly

Oh, no big deal just members of the Oregon football team pelting professors in the face with snowballs. Slap on the wrist here, slap on wrist there. Jerks.

He’s so perfect. So great. What a choir boy. Nah. You’re a QB in a very quarterback friendly system. You don’t hear much from Jeremiah Massoli or Darron Thomas nowadays, do you? What about Dennis Dixon? Oh, that’s right they were all Oregon QBs who had great college careers but flamed out in the NFL. The next Oregon QB will throw for 30 TDs and rush for 15 TDs. Snore. The QB after that will do the same. And the one after that and the one after that. Not impressed.

7. They thought this was hilarious after the FSU game

6. They run a dirty program

You think tattoos are bad? They gave away shaving supplies aka FREE RAZORS. Now I don’t know about you but any university that gives away deadly weapons like that shouldn’t be a university. The administration at Oregon should be ashamed.

Laser tag and MINI GOLF? Throw the book at them. Dirty I tell you. DIRTY!

5. Oregon is in bed with Phil Knight

The whole university is run by the co-founder of some company that builds shoes; Phil Knight.

These are a few excerpts from an article SI did on him awhile back. You can read the full article here

When Phil Knight gets to his suite at Autzen Stadium to watch his beloved Oregon Ducks, he can put on his headset and listen to the Ducks’ coaches call plays.

No, most of Knight’s spending is about recruiting. He spends to excess in order to impress high school kids.

By the time Knight is done with this football facility, he will have spent more than $300 million transforming Oregon athletics.

I’s sure none of the athletes there NEVER get any under the table perks. Never.

It’s bad enough when your mascot is a duck. It’s even worse when it’s a blatant ripoff of the least intimidating Disney cartoon character ever.

3. Chip Kelly screwed the Browns over

It started off with this

Which led to this and everyone got excited:

Chip Kelly I hate you and hate the program that you built.

Who signed off on this? No doubt one of the ugliest sporting venues in the United States

Because NOTHING says “basketball” like a forest painted onto a hardwood court.

Remember the  90’s smash hit “Return of the Mack?” You know the classic song that goes “You lied to me…” Awesome song, right? Put that on at any party/at any bar and you’re the hit of the night…

The University of Oregon took that classic, spit on it, stepped on it, ran it over with a lawnmower, cut it up with a machete and then buried it in the backyard with their rendition titled “Return of the Quack.”

Imagine the sound of Stephen Hawking having sex, mix that with Flo from Progressive’s voice, add knives & forks scratching on a plate… Take all of those sounds and add them together… and you’ll have the same musical pitch and melody of this “song.” It doesn’t help that the singers each sound like a Cocker Spaniel getting neutered. If you don’t believe me, just give it a listen. 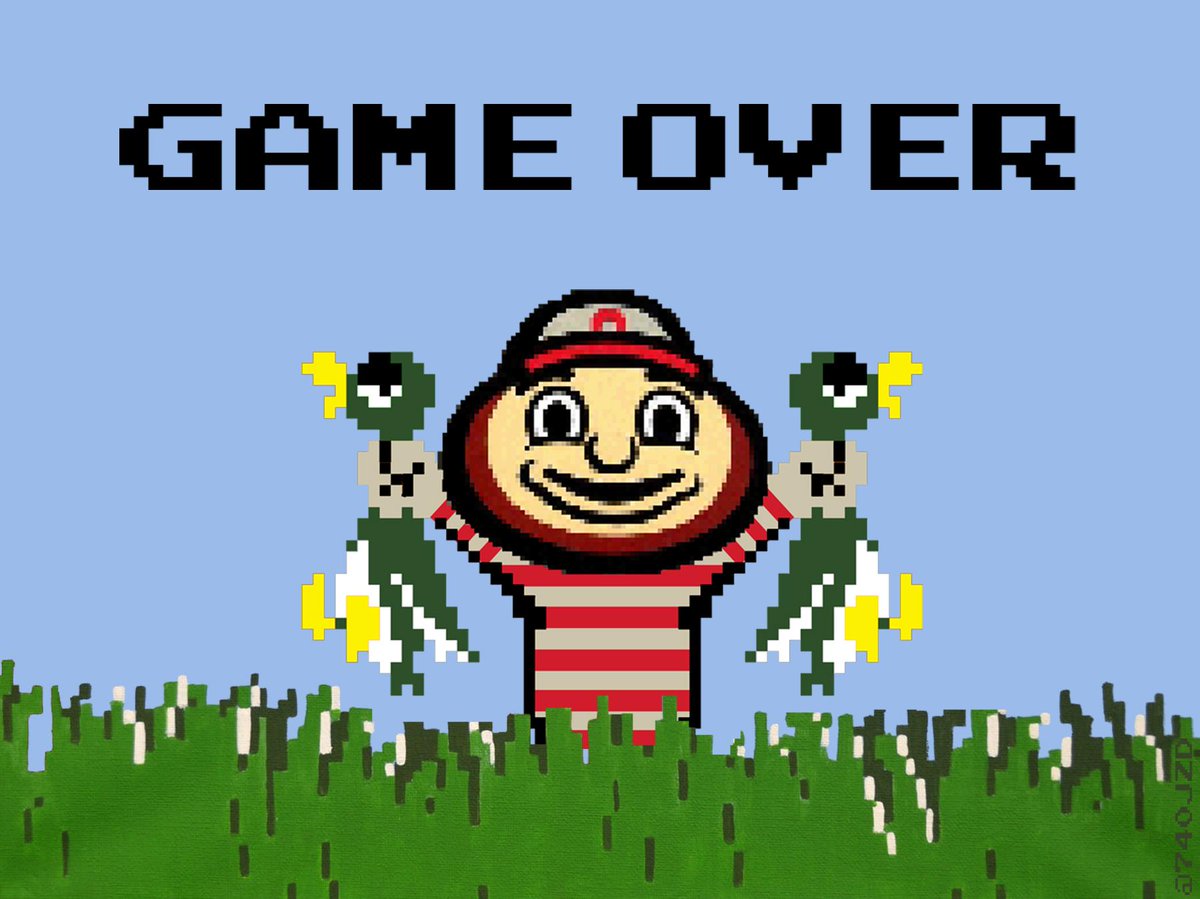 PS- I didn’t really hate the Oregon football team before compiling this list but after working on this I talked myself into genuinely hating them. I do respect them but the hate flows strong through my veins.