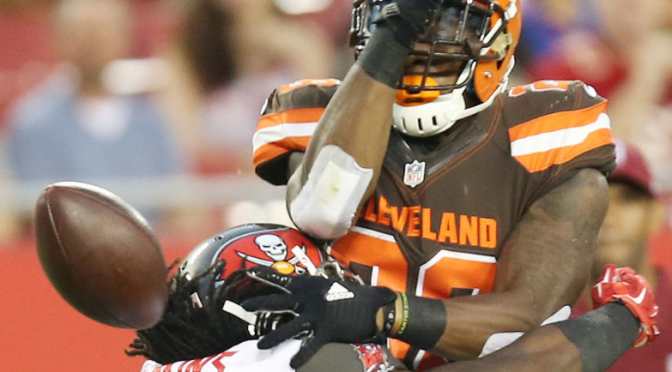 Hey rook, welcome to the NFL. Sure your hamstring might have been hindering you the past couple weeks, but now your brain has the same consistency as a bowl of mashed potatoes and gravy. Good Lord. Sucks for Duke too because with the NFL’s new concussion policy, he’ll probably be out for awhile. Hopefully he’s back in time for the Jets game but who knows.

Fred Jackson just got released by the Bills and I’ve gotta think he’d be a good fit here with the Browns. A veteran in a young running back crop would help us out immensely. Plus Pettine is familiar with Fred from when he coached in Buffalo so you have to think a call has probably been made. I’d probably cut Terrance West, even though no running back has separated themselves and no one seems worthy of being RB1. I just don’t think Terrance really has any skills that differentiate himself from the other backs. I doubt he gets cut but if he does, I will deeply miss his antics on my Twitter and Instagram feeds. Best social media follow of any Browns player bar none.