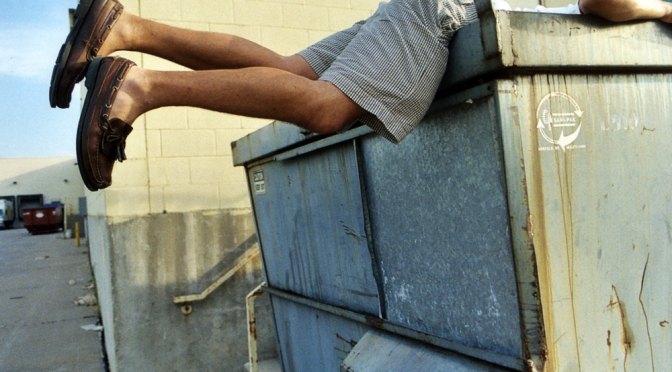 CLEVELAND, Ohio – A Cleveland man became trapped in a garbage truck after he fell asleep in a dumpster early Monday, police said.

The 29-year-old man was taken to a hospital with minor injuries after he was found about 5 a.m. outside Speedway gas station on the 2000 block of Broadway Road, Cleveland police spokeswoman Sgt. Jennifer Ciaccia said.

A Waste Management driver called 911 after he heard banging in the back of his truck, police said. Cleveland firefighters opened the truck, and the man rolled out along with a large pile of trash.

He was taken to MetroHealth with a fractured ankle.

The man told investigators he fell asleep in a dumpster at an unknown location after a day of heavy drinking, Ciaccia said.

Ha. Classic! Who hasn’t drank 17 Bud Lights and 9 shots of Fireball and fallen asleep in a dumpster? Come to think of it, a dumpster is honestly one of the better places to go and pass out if you’re drunk. When I was a young whippersnapper in my partying days I would always try to find the place where the least amount of people were milling about and try to fall asleep there. Sometimes it’d be a bed, sometimes a bathroom, or sometimes under a table. Just some place where I wouldn’t be when my asshole drunk friends came around looking for a passed out face to draw dicks on with permanent marker. Everyone has friends like that, right? Thankfully I never woke up with a face full of marker but I’ve seen many people who have.

So I applaud this guy. Maybe it wasn’t the best place to fall asleep, but it was certainly one of the safest. Sure he almost got smashed to death in a garbage truck, but at least he didn’t wake up looking like these people: 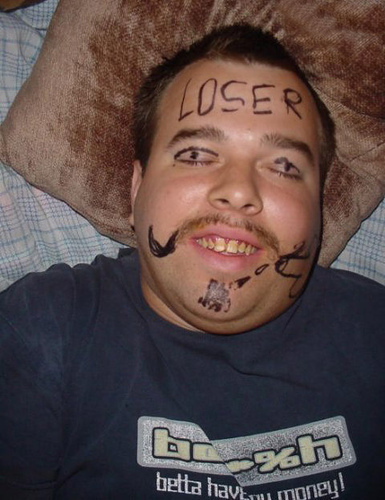