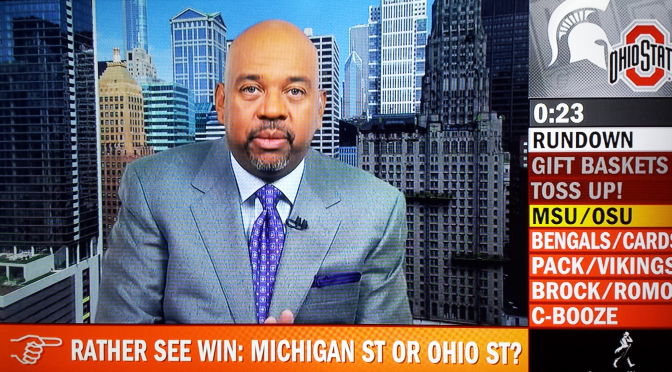 On today’s episode of PTI, Wilbon was asked if he’d rather see Michigan State or Ohio State win on Saturday. Wilbon says he’d rather see Ohio State win because he’s tired of people slurping and overinflating the SEC and he thinks the Bucks can take down the mighty Alabama Crimson Tide (who haven’t won a bowl game since 2013).

Wilbon on Ohio State and the SEC pic.twitter.com/rEWPosuS33

Welcome to the team, Mike.

Wilbon is a Northwestern guy so he’s probably just as tired as you or I of the constant media circle jerk when it comes to the SEC. If the Big Ten has to be the one to crush the SEC’s dreams for the second straight year, then so be it. Go Bucks. Go Big Ten.