I know 11 minutes and 33 seconds is a big commitment nowadays, so below is a quick rundown of the video with some gifs.

-The beginning of the end for David Blatt – Christmas Day, when he changed his rotations against the Warriors. Mo Williams went from 27.6 minutes per game to playing just under 5, and Richard Jefferson went from 22.7 minutes per game to a DNP. Blatt did this to give more minutes to defensive minded guys like Matthew Dellavedova and Iman Shumpert. Reports came out that people weren’t happy that Blatt didn’t give Mo and RJ a heads up that they wouldn’t be playing as much that day – something you’d think veterans like that would understand when going against guys like Steph Curry and Andre Iguodala.

-In protest, the Cavs essentially boycotted the following game in Portland. They lost 105-76.

He inexplicably jumps to his left and lets…hang on I gotta look up his name…Al-Farouq Aminu blow right by him.

Jim Boylan cited effort in his halftime interview when his team is down 63-34 ….. no shit!

-On to San Antonio.

The analysis starts out talking about Kevin Love & Kyrie Irving sucking defensively. True, but that has nothing to do with the premise of this video.

More “effort” problems from LeBron in that game – closing out and boxing out, both simply want-to plays:

-And finally, the straw that broke the camel’s back. Warriors 132 Cavs 98 in Cleveland. A common viewpoint on all this is that the Cavs needed a change because they couldn’t find a way to beat the Warriors (or Spurs.) Did that have to do with Coach Blatt and his coaching philosophies, or was something else going on?

(Side note – the hiring of Lue after Blatt is overlooked in terms of how NUTS that would be for David. The guy you beat out for the job is not only staying on as an assistant, he’s going to be the highest paid assistant in the history of the NBA. How’s that for a vote of confidence?)

I’ll save my conclusions for the end, but the fact that these lack of effort gifs from LeBron come against the two best teams in the league kinda stinks. How can you not be hyped up enough for these games to be able to execute a decent closeout?

This is 5 time first-team All-NBA defender playing against the team that beat him in the Finals last year.

The GSW-to-the-face portion ends with more criticism of Love and Irving on their defense (again, nothing to do with the point of the video), and LeBron not crashing the offensive glass.

“Consider what we just showed you. Is that type of effort reflective of Coach Blatt’s inability to get through to his players, or was it the players steadfastly refusing to be professional and accept the kind of coaching they truly need to improve as a team?”

For me, this thing is sort of difficult to believe from the start. It’s extremely hard to quantify things like effort and “valuing possessions”. It also assumes truth of and cites these various reports on the “pulse” of the team, which are oftentimes conjecture on the part of the author. It frequently uses phrases like “disconnected from the action”, “halfhearted attempts to go after the ball” and “not actively engaged” – all very subjective. And this one got the fan in me going a little: “Safe to say the Cavs understand they’re not a team that can compete with the Spurs or Warriors.” Yeah? Are we in the Cavs heads now? Showing stats of games against all other teams vs stats against those two teams is one thing, saying the team “understands they can’t compete” is a bit much.

This entire video is taking clips of particular plays to spin a narrative. Pretty easy to do that when you have a half season (and all of last season really) of footage to cherry pick from. I do that ALL the time when arguing about baseball – there’s so many sabermetrics it’s pretty easy to find a handful that back up your argument, even if there are even more that don’t.

Not sure about this BBALL BREAKDOWN gang…their tagline is “You in?” and the video is set to some 11:30 PM Friday night Cinemax music, but they do have close to 50k followers on Twitter and their website seems legitimate enough.

I’m not buying that a professional team as good as the Cavaliers would essentially throw games to get a coach fired. 98% of me isn’t buying it. But some of those plays, man….odds are it was LeBron pouting about one thing or another or just being a human and lowering his effort level when his team was in a substantial hole, but this is Cleveland after all. If ever there was a city where a team would throw games to get a coach fired, it’s the 216 baby.

Has a shorter straw ever been drawn by any coach or manager in professional sports?

LeBron must have REALLY wanted this guy out. 100%, he went to Dan Gilbert and David Griffin and told them to fire Blatt. There’s absolutely no other explanation.

Is the Cavs job as toxic as the Browns was? Seriously. The Browns had a tough time convincing a coach to come here because of their history of firing guys for sucking. The Cavs just fired a guy who made the NBA Finals and had the best record in the conference the following year.

Just kidding. No job opening. As I typed that last paragraph, another Woj bomb that Ty Lue agreed to a multi-year deal. MULTI YEAR. Kinda bullshit, no? This was clearly done behind Blatt’s back over the past days/weeks. I don’t feel good about this whatsoever. But what LeBron wants, LeBron gets. And he still wants a championship. Go Cavs. 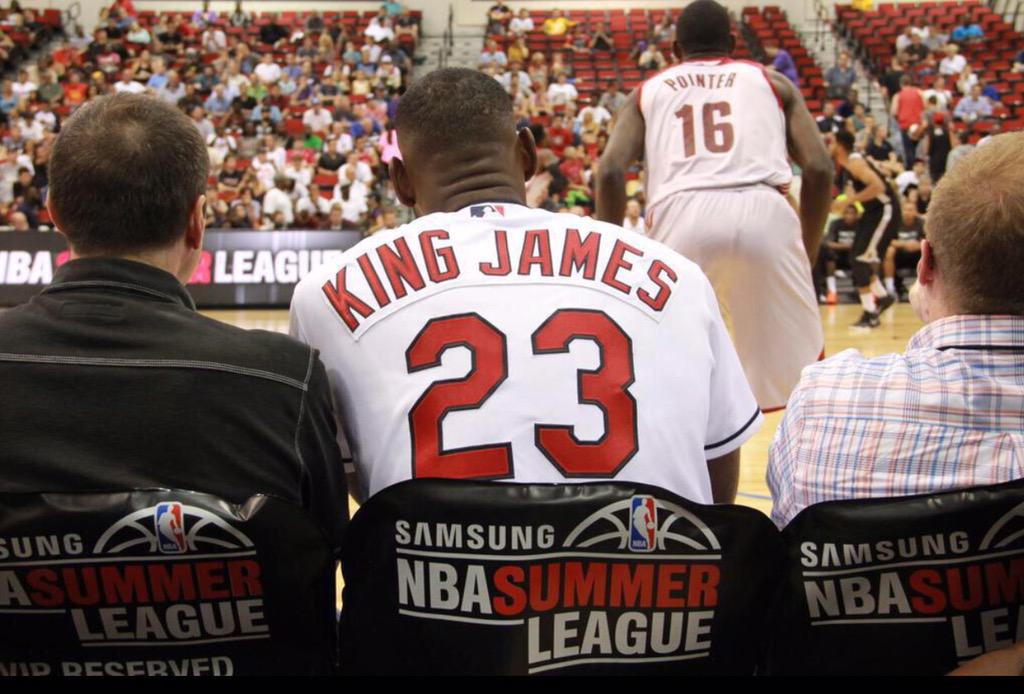