Link to the betting guide that was posted yesterday

We came. We saw. We conquered. If you took any of the advice from yesterday’s post there’s a chance you’ve probably already quit your job and/or are on your way to an all inclusive resort in the Bahama paid for by all your winnings from yesterday.

Let’s look at the tape:

Patriots won by 4 and the game total was 52

First player to score a touchdown

Like I said in the post, I’ve NEVER gotten one of these right. Brandon LaFell was +1,400 so hopefully some of you hit on that.

The pick: Over 2 minutes and 1 second

Never a doubt. You know Idina was going to bring the flair and dramatics to the biggest sporting event in the world. Only a sucker would’ve bet the under.

Pick: Belichick for both.

This Super Bowl was all about Bill and the Patriots

Like I said, Belichick knew about this prop bet and knew cut off sleeves were the favorite. He 100% wore sleeves just to spite everyone.

Will Uptown Funk be used in a commercial?

Bet of the day comes through.

How many viewers will the game have?

Really really messed this one up. Tried going for it all with the 12/1 odds with Wide Awake and not just going with the easy 3/2 odds with Roar. It’s called gambling for a reason. Losers take the safe route. Pretty sure she didn’t even sing Wide Awake.

Was honestly hoping for more but this was easy enough. When you’re blessed with the beautiful gifts that Katy is blessed with you make sure the entire country gets an eyeful.

Tried to out think myself again and I did. I said it would either be purple or black/brown and it ended up being black.

A commercial will feature under-inflated footballs

Said that this probably wouldn’t happen and alas, it didn’t. The +1,000 was too juicy to pass up though

I picked red not really thinking it would be red since yellow mostly wins these all the time. Surprise surprise it ended up being blue. 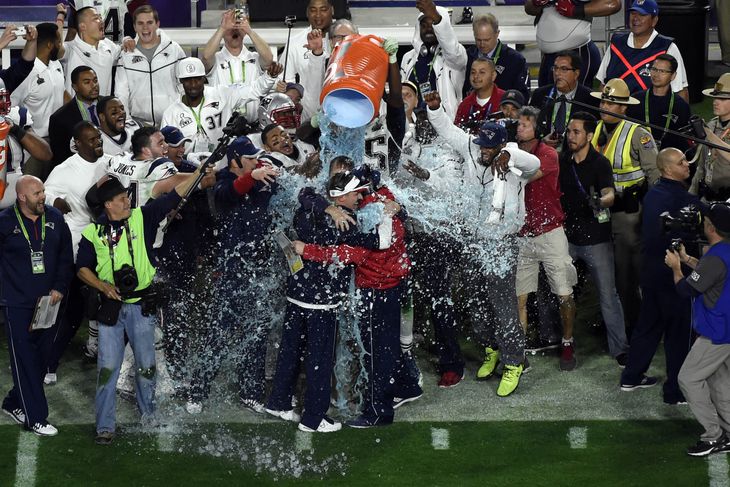 Who will the MVP thank first?

Good ol Tommy Touchdown thanking the men around him. What a guy.

Final Count 11 wins and 5 losses with most of the losses being on longshots that you wouldn’t put any significant money on anyway. Hopefully you guys took the advice and won some cash.

And with that cash that you won, you should visit our store and score some t-shirts