Among the sites being considered for ESPN College Gameday next weekend: Mount Union in Alliance, Ohio.

Hey @collegegameday #getup4gameday in one of my favorite places with the @purpleraiders in Alliance, Ohio next week #d3fb

Tuscaloosa, Alabama. South Bend, Indiana. Tallahassee, Florida. Ann Arbor, Michigan. Alliance, Ohio. When you think big time college football, those are the cities that come to mind. As a proud and very very distinguished former student I could not support this more. I’m all in on College Gameday going to Mount Union and I’d 100% go down to Alliance for this. If they can go to freaking Fargo, North Dakota; why not take a trip down Route 62 to visit Titletown and the campus of the Purple Raiders?

Hey UMU students let’s make a deal- 20 bucks and a Fireball shot at Chives if you hold up a Bottlegate.com sign and it gets on TV; 50 bucks and a trip to the Diamond Lodge if they mention your sign on TV; 100 crisp American dollars and a margarita at Jaliscos if you kiss Sam Ponder while holding a Bottlegate sign.

Where do Herbie, Corso, and Fowler stay though? Do they shack up in King? Do you put them in one of the townhouses? ATO house? Maybe just pull up the RV and park it at the 24 hour Wal Mart on State Street? So many logistical questions that I need answered.

UPDATE: Here are the people involved with the show that you can tweet at directly–

GameDay Producer; Lee Fitting- @leefitting (THIS is the one you need to be tweeting at)

The Bear Chris Fallica; Works on the show- @ChrisFallica (Also one of the ones to tweet at)

Shit. Well that was fun.

See everyone in Columbia, SC on Saturday for @CollegeGameDay

Here is hoping these Tshirts have a reason to be made c'mon @CollegeGameDay #GetUp4GameDay #d3fb pic.twitter.com/eDP3TBgoOb

Ohio State comes into the 2014 season surrounded by uncertainty after their star player and face of the team Braxton Miller was lost for the season. In steps redshirt freshman J.T. Barrett to take over the reigns and become the biggest star and the most scrutinized person in the entire state of Ohio. But it’s not all doom and gloom. This IS Ohio State we’re talking about here, it’s always “Next man up” for the Scarlet and Gray. Even with the loss of Braxton, Ohio State will still be favored in 11 of their 12 games.  While the national writers and columnists will tell you Ohio State doesn’t have a chance this season, I’m here to talk you off the ledge and tell you that they most certainly do. National Championship hopes may be slim, but a Big Ten title is a very real possibility. 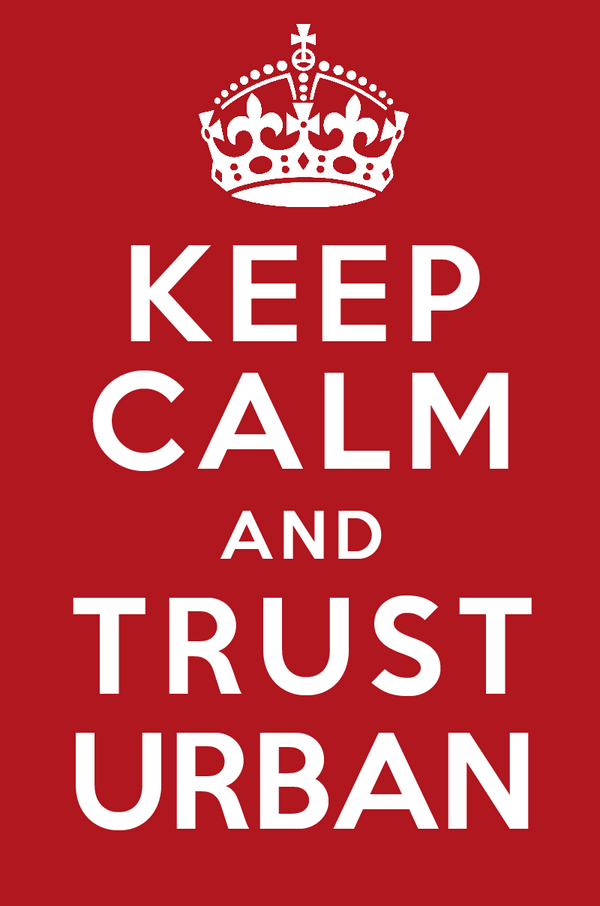 No Braxton no problem for the Buckeyes(is what I keep trying to convince myself). The Buckeye offense has some legitimate speed (and not just by Big 10 standards) with human torch Dontre Wilson and first year starter Ezekiel Elliott. Flanked by an experienced group of wide receivers, this group will surprise a lot of people this season. Questions at O-Line and QB will need to be answered in the weeks before Big Ten play starts.

Obviously losing your most important football player would be a huge blow to any team in America. It’s an even bigger deal when that player is your quarterback. I’m not going to sugarcoat it, losing a versatile player such as Braxton for the season SUCKS. But from what we’ve heard out of Columbus (and all the hard hitting research I’ve gathered from YouTube highlights) J.T. Barrett is more than capable of running an offense. Hopefully OC Tom Herman can put JT in situations where he’s comfortable and where the game won’t be won or lost because of what he does.

This might be the group I’m most excited to see. Who can step up and replace Carlos Hyde and his 35 touchdowns over the past 2 years? Ezekiel Elliott will get the first crack at it. If Elliott fails to be the #1 guy, hopefully underachieving 5th year senior Rod Smith can live up to his 6’3 230 lb frame.

After an inconsistent year where we saw flashes of how good Dontre could be, look for him to have a breakout 2014 season. You can’t teach 4.33 speed.

The most experienced position group on offense led by Devin Smith and Spencer. However, Urban has said that they could go six-deep at the receiver position, and don’t have a concrete starting lineup. 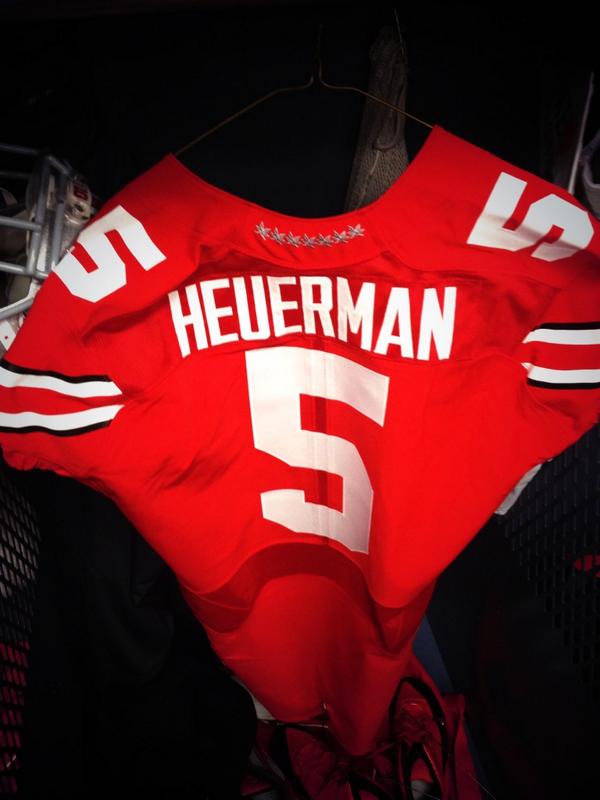 Decker is a stud, Elflein started the Orange Bowl, Lindsay started for some coach named Nick Saban, and Billy Price is apparently the strongest guy on the team. I really don’t have any other insight on the O-Line because it’s the O-Line. Hopefully they don’t suck.

Led by a dominant defensive line, Ohio State fans should see a vastly improved defense. While it is by no means the “Silver Bullet” defense of years past, this group has the chance to be one of the better units in the Big 10. How they replace Ryan Shazier, CJ Barnett, Christian Bryant, and Bradley Roby will be the biggest question of the season on this side of the ball.

Hands down the strength of the team and perhaps the best defensive line in the nation. When Spence is done serving his suspension for doing Ecstasy, a D-line of Bosa, Bennett, Washington, and Spence should get any Buckeye fan very very excited for this upcoming season.

Josh Perry has the unenviable job of replacing Ryan Shazier. Perry was a starter last year, and from the looks of it, he’s been hitting the weight room a couple times a month this offseason… 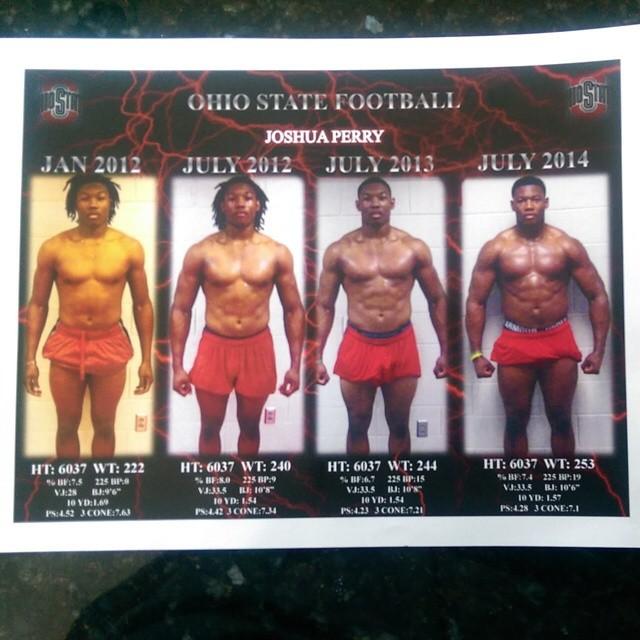 If this group underperforms at any point this season, look for stud freshmen Raekwon McMillan and Dante Booker to see some valuable playing time.

The secondary is another question mark on this team. How they replace Bryant, Barnett, and Roby will be one of the biggest storylines of the season. I don’t really feel like researching anything else about the secondary but I can tell you Vonn Bell thrived in the Orange Bowl and Tyvis Powell saved the game vs Michigan when he intercepted Devin Gardner on a two point conversion. Thats what you get for wearing #98 as quarterback like an idiot.

JT Barrett becomes the 3rd straight freshman to come out of nowhere and win the Heisman Trophy. Ohio State beats teams by an average of 20 points and cruises to the Big Ten championship where they meet Michigan State again but the outcome is different. The Buckeyes then go onto to the CFB Playoff and play UCLA in the first round. The Buckeyes hold Heisman runner up QB Brett Hundley to under 200 yards passing and beat UCLA by 12. Ohio State then faces defending champion Florida State in the national championship. It’s a tie game with 30 seconds left and FSU is marching down the field. Jameis Winston makes an uncharacteristically boneheaded mistake and throws the ball into double coverage. The ball is picked off by Vonn Bell and returned for a TD while time expires. Buckeyes win the title and it’s a month long party on High Street.

The Buckeyes start off slow squeaking by Navy and Virginia Tech, lose at Michigan State but still make it to the Big Ten championship game for a rematch against the Spartans. Ohio State wins on a last second field goal but doesn’t make it into the playoffs. They play USC in the Rose Bowl and win by 14 because it’s found out that USC’s entire secondary lied about saving a family member from drowning. I’m not biased at all. 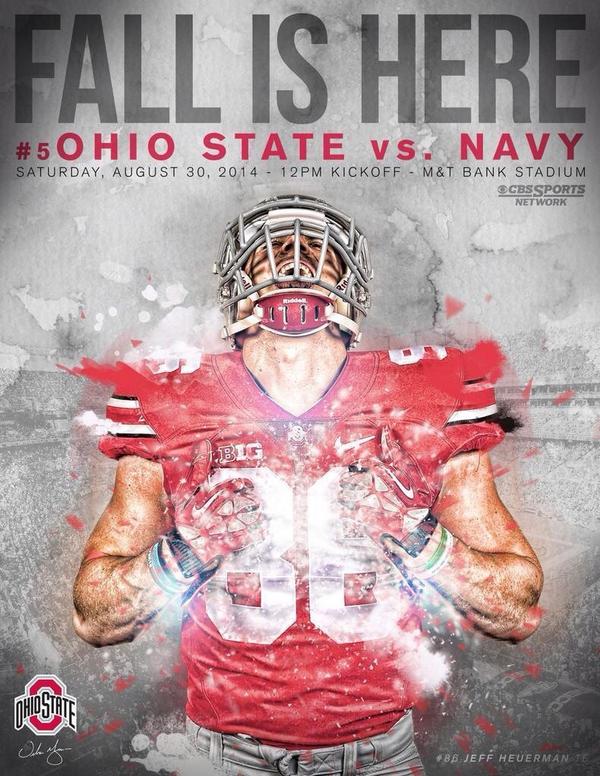 The Buckeyes open up in Baltimore vs. Navy. If there’s anything I’ve learned in my years of watching football, no matter what you do, the Wing T is one of the most annoying offenses in the history of history to defend. Thankfully Navy doesn’t have Ricky Dobbs under center this year. Oh, nevermind their quarterback this year Keenan Reynolds is actually better. Reynolds rushed for 31 touchdowns last year, an NCAA record for a quarterback in a season. I’m mentally preparing myself for this game because I expect lots of WTF moments and bullshit Wing T plays. Hey Navy, I respect you and love what you’re about but can you PLEASE run an offense that’s not suited for a middle school team? Did I mention I hate the Wing T? I’m really glad Ohio State has had MONTHS to prepare for this.

JT Barrett plays pretty well and distributes the ball to his playmakers. The defense steps up, forces a couple turnovers and makes stops when they count. Dontre Wilson makes impact plays on the return teams (maybe a TD) and Ohio State wins 38-21.