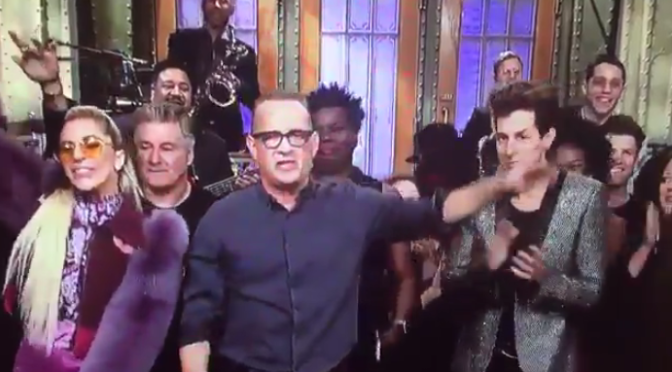 The best actor in the world doesn’t shout your team out on national TV? Can’t relate.

Tom Hanks hosted SNL Saturday night and as he was thanking everyone during his closing speech, he let out a nice little “Go Tribe.” The man who landed a plane in the Hudson River and who survived a plane crash and befriended a volleyball on a deserted island is a Cleveland Indians fan. I’d rather have Forrest Gump be a fan of my team rather than that dude who plays Michael Jordan’s sidekick in Space Jam that roots for the Cubs.