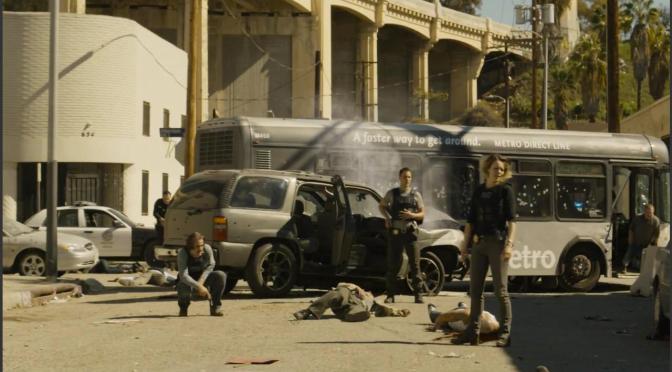 Episode 1: The Western Book of the Dead

Well that sure escalated quickly. After 50 minutes of dialogue and plot advancement, last night’s episode ended with two guys, a girl and a shootout. Predictably, the big three were the last ones standing after a bunch of cholo’s open-fired on their squad before they even had a chance to say hello. Velcoro’s dumpy partner bit the dust, as well as probably a half dozen cops and 20 or so “protesters”. I thought it was pretty well done. Most tense scene the show has had since Carcosa and the tracking scene from Season 1.

Welp he’s dead now, so does Ray follow through and go through his stuff for him? And if so, does he find the photos Dixon took of Paul and his Army lover? And if he does, what does he do with them? I have to imagine that situation happens, I don’t see the point in even showing him taking them if you’re just going to kill him off the next episode and they never see the light of day.

Yet Paul says that they do, and they even find fingerprints on it. Is this just an oversight by the show? Was Paul so flustered that he didn’t notice the difference? Probably not. The fingerprints seem to point to this all being a setup, just like the final scene. And possibly that Dixon was a part of it. He gave Paul a long stare at the pawn shop when he initially identifies the watch as a match to the photo.