“The drone deposited a package containing enough tobacco for seven packs of smokes, enough marijuana for about 70 joints and a dollop of heroin that could yield more than 100 doses at Mansfield Correctional Institution.

While the airborne delivery sparked a brawl as inmates tussled over the package, it didn’t ultimately reach its intended target. Corrections officers found it hidden in a rec-yard equipment room.

A report said a fight broke out between prisoners in the north recreation yard of the prison about the time the drone was determined to have dropped the drug package.

During the scuffle, the package was thrown over a fence from the north recreation yard to the south yard, where it was hidden in an equipment room, the report said. Officials also searched roofs for any other packages, but found none.

Corrections officers used pepper spray to douse the fighting and about 200 prisoners from both the north and south recreation yards were carefully searched before being returned to their cells.”

Tell you what…being in prison and having a drone fly over you and drop a shitload of drugs is just about as close to winning the lottery as you can get. There they are, rotting in the most miserable place imaginable with no joy or hope whatsoever when suddenly a mechanical angel appears and the one thing left on Earth that can make 99% of them happy starts raining down on their gross heads. That’d be like me sitting in my cube at 3:00 on a Wednesday afternoon and a Roomba bumps into my foot with a bottle of Jack Daniels taped to its back.

Also I know the cat in that video wants to make drones sound super complicated and difficult to use cause he’s an expert drone pilot cause he’s a nerd, but spoiler alert, there ain’t no high-rises in Mansfield, Ohio bub. 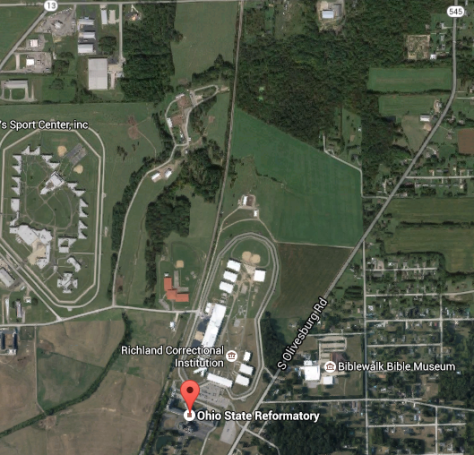 Now admittedly I’ve never flown one myself so I don’t know how hard they are to handle but I’ve never been more confident about anything in my entire life than I am when I say, you give me a drone and put me anywhere near that prison and that sucker is gonna end up in the recreation yard.

Kudos to whoever drew this plan up though. So much more comfortable than in someone’s butt.