(no affiliation and not a ripoff of anything SI does every Monday, I swear)

So instead of actually recapping the game yesterday we’re going to put together a disappointment blog. Not much to work with when your only highlights are a Gary Barnidge 24 yard catch and an Isaiah Crowell 23 yard run. There’s nothing worth reliving that happened in the actual game but there were so many things that happened in Cleveland off of it.

This was The Pit around 3 hours before kickoff. Couple empty spots there.

We had hooligans running around on the field before the game even started. Unfortunately, this was the most rushing Cleveland would see all day

So it's 3 hours before kickoff and fans are already running on the field in Cleveland… pic.twitter.com/l81OY0F86l

Come find me at 6th and Barley, and I'll give you a free pair of tickets to the Browns game.

A foam finger and a shot of Jameson have been added to the pot. Free tickets! pic.twitter.com/bSOBDhyRjy

Thankfully some brave soul snatched up the tickets and swag

The tickets and the prize package giveaway are gone!!! pic.twitter.com/oB6QwQfqLQ

This guy didn’t even bother giving his tickets away

Even the shirts were sad

The stadium was packed before the game 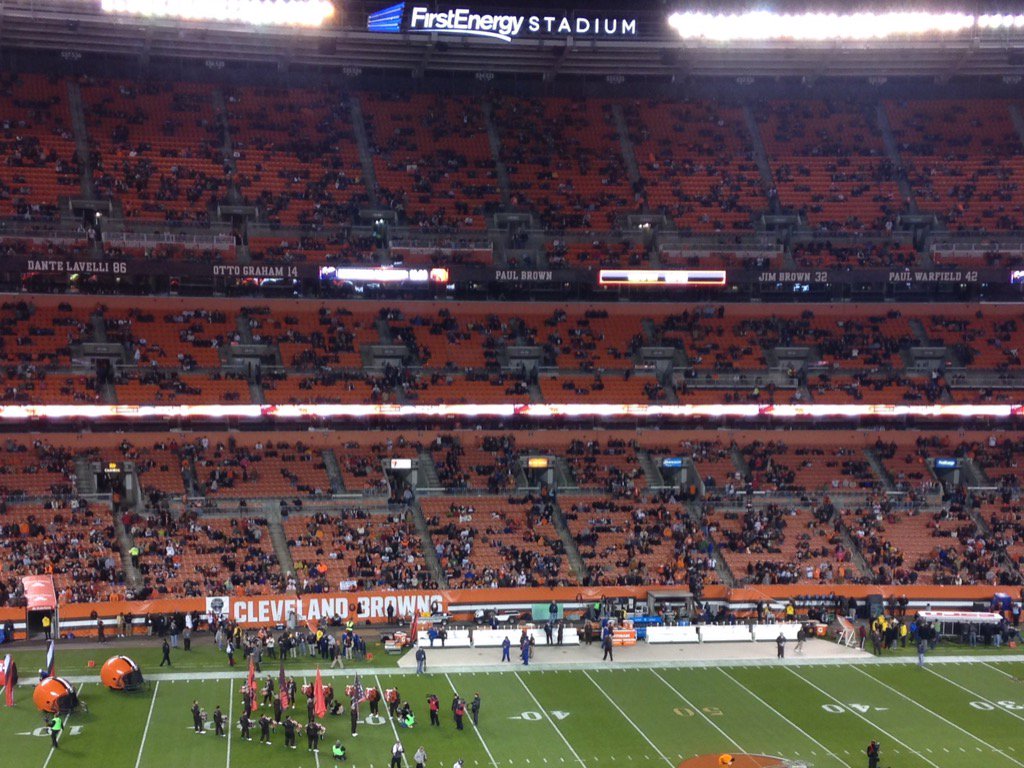 The bagheads were out in full force

Team Spirit at the Browns game!

And then this happened 😔 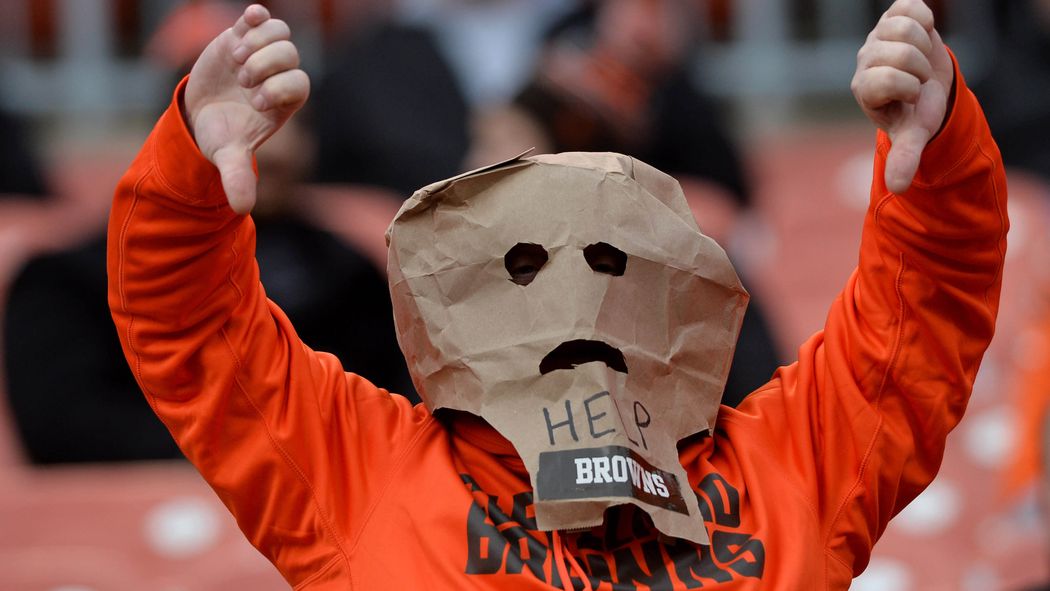 Biggest pet peeve: Wearing a jersey of a team that’s not even playing. Makes no sense.

I probably would too

Tons of respect for these guys who don't know the Browns are 2-9 pic.twitter.com/0hsaE1zkXX

I think we can all agree you’re a Grade A loser if you pay for Tinder. Nevermind his coaching record, paying for Tinder is a fireable offense by itself.

@Bottlegate the entire row in front of me is empty ha ha go @Browns pic.twitter.com/dCdScaAJrO

Some advice to all Browns fans out there: NEVER EVER EVER EVER EVER in your life buy season tickets. Worst investment ever. Buy them for a little above face value on Stubhub for the first 4 home games when there’s still hope. When November and December roll around you’ll be able to buy them for $7.00.

Johnny and Jordan Poyer’s girlfriends were interested in the game. Don’t blame them one bit, sometimes you have to create your own fun.

This pic really hit home for me. Damn I feel bad for this guy. As a 27 year old I’ve never seen a winning football team so I don’t know what it feels like. I’m able to laugh off losses. These are the people I feel sorry for though- the 40 and overs who have actually seen this team win and know what the playoffs feel like. 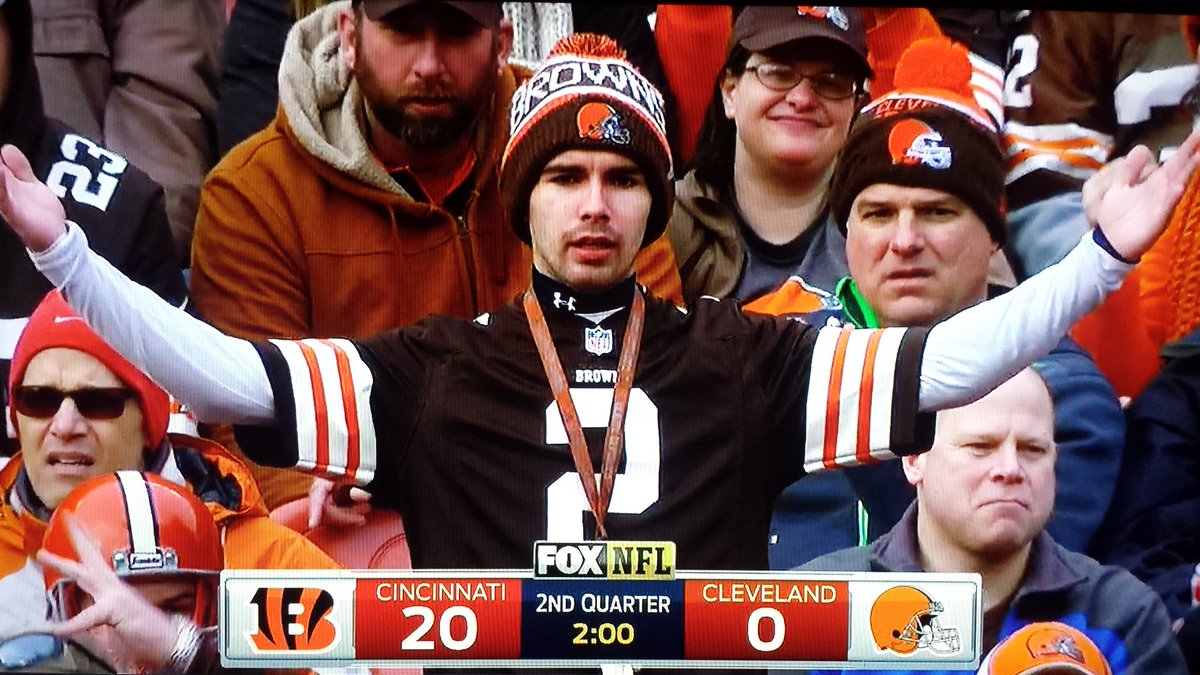 The fans were not impressed by the clock management

It finally happened. The Browns finally lost a superfan for life. Let’s pour one out for Captain Cleveland.

C’mon, you at least have to take the free stuff…

The #Browns just did a t-shirt toss. A Cleveland fan caught it and threw it back on the field… 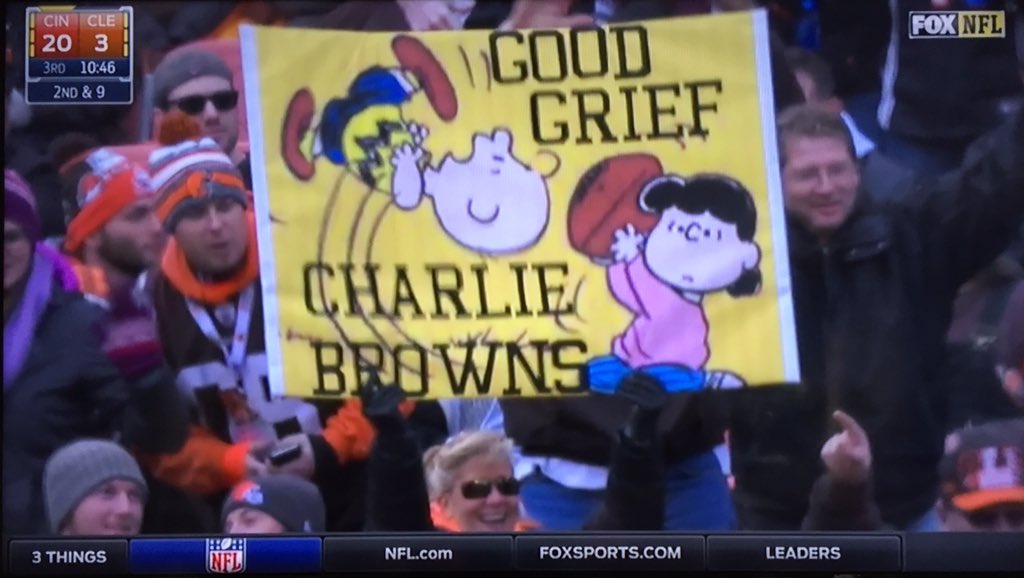 The 4th quarter came and the place was packed and jumping! 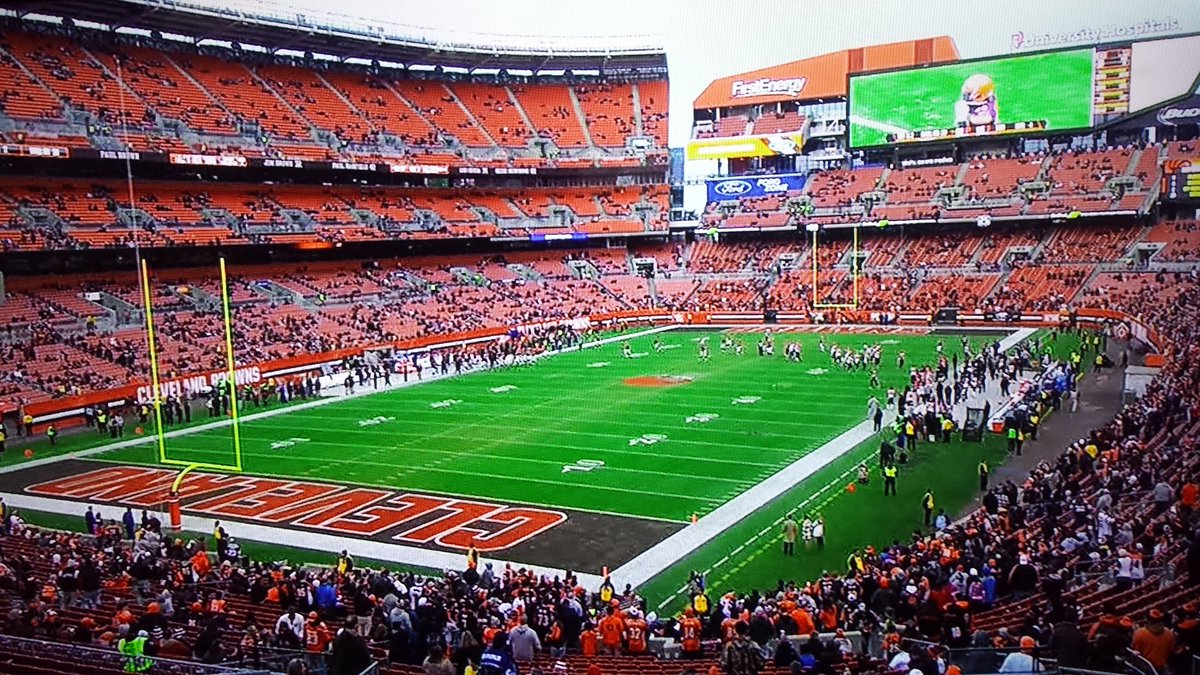 This little kid learned a good lesson yesterday. Nothing like a little father-son bonding time to teach what the term “disappointment” means. 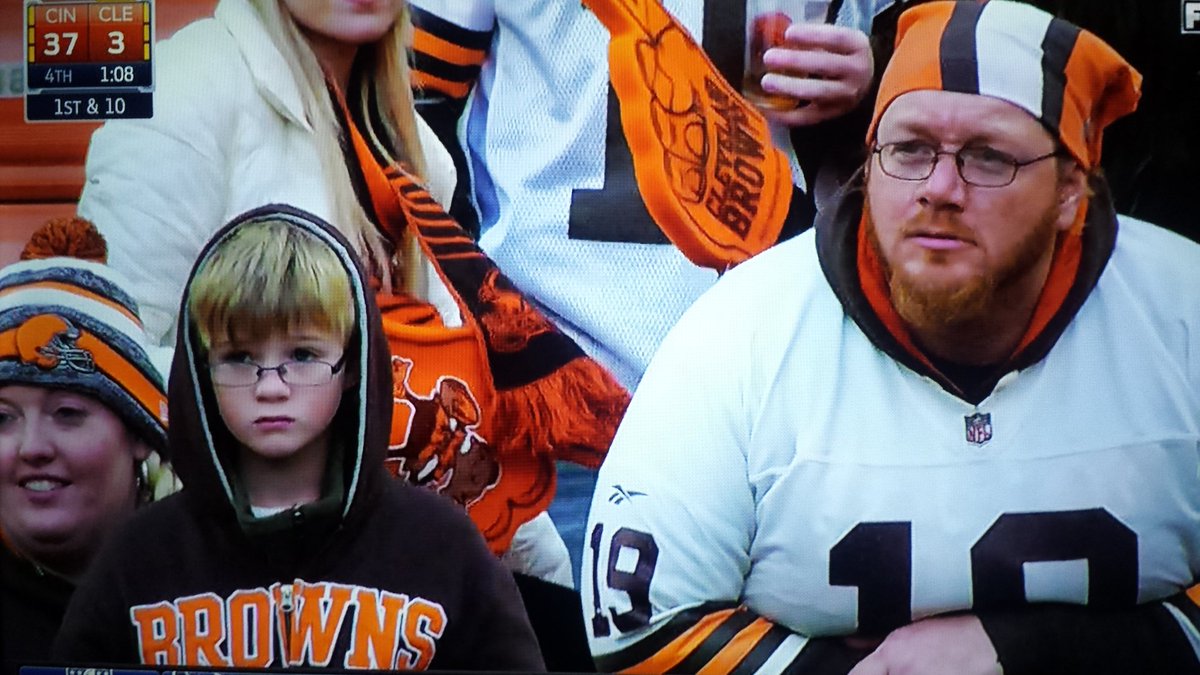 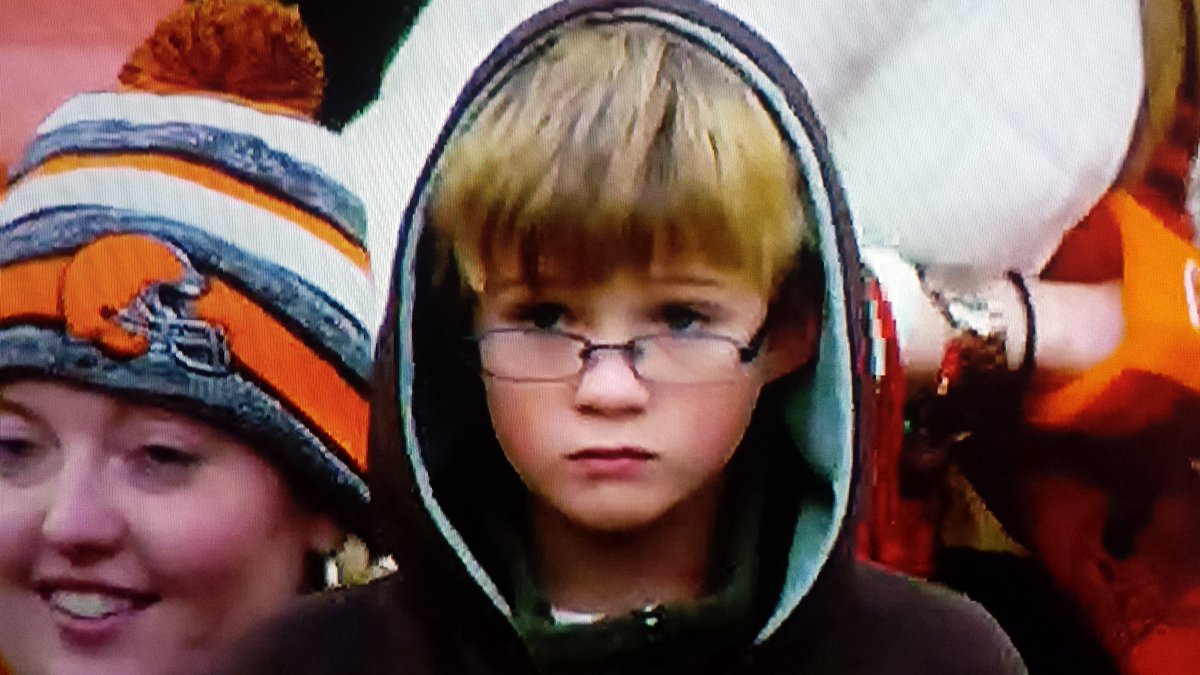 Well, the game ended and we started burning jerseys

To the @browns were done here have a good one you've lost your fans fuck you oh @LAndyman_ pass this on thanks sir pic.twitter.com/SsOiNeOsKY

No one has addressed my issue @Browns pic.twitter.com/5dt6aUud5k

Anyone need a real estate agent?

Play us out, Adele!