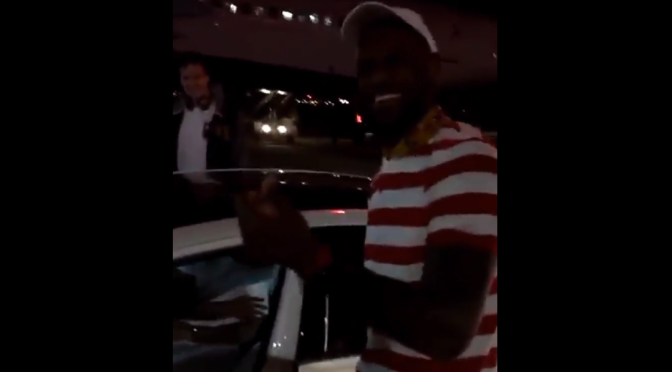 Is Richard Jefferson’s playoff Snapchat the best thing to ever happen to Bottlegate?

Does a one legged duck swim in circles?

His name is “rjeff24” and you can find documentation of his recent shenanigans here and here.

In his most recent gift to us last night, Richard 1000%/100% confirms that LeBron James does, in fact, drive a Kia. Granted, it’s a Kia K900 that starts at around $50,000, which puts it on par with some of the lower-end Mercedes and BMWs that I found in my 25 seconds of research, but it’s a Kia nonetheless.

I, like Richard, respect the move from Bron. He’s over 30 now, which means he’s officially in the “I know what I like and I don’t want to chance” phase of life. Probably still gets the newspaper delivered every morning because he “likes the feel” of it.