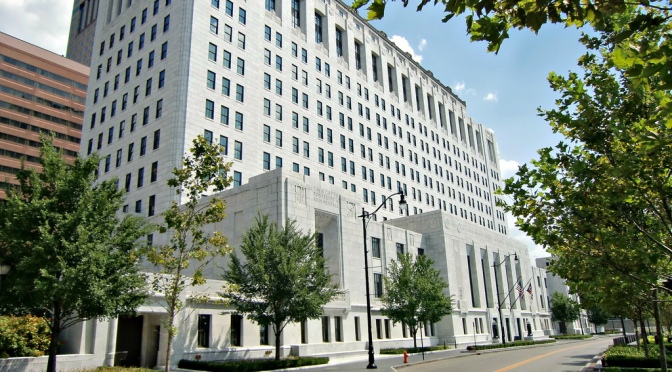 “COLUMBUS, Ohio—A southern Ohio woman can’t be convicted of tampering with evidence after she was caught concealing 56 grams of heroin in her body, the Ohio Supreme Court ruled Wednesday

In a unanimous decision, the court found that Chelsey Barry of Chesapeake should not have been convicted of tampering with evidence, as she did not know at the time she hid the drugs that “an official proceeding or investigation is in progress or likely to be instituted.”

In February 2013, Barry – then 19 – was concealing a condom full of heroin in her body when a state trooper pulled her over for erratic driving. Under questioning, Barry admitted she had agreed to transport the heroin, which has a street value of about $7,500, to Huntington, West Virginia.

Barry was sentenced to six years in prison for drug trafficking, drug possession, and conspiracy. But the judge also tacked on an additional three years for tampering with evidence as punishment for her concealment of the drugs.

But in his opinion, Justice Terrence O’Donnell wrote that the additional three-year sentence should be vacated, as there was no evidence that Barry thought it likely that she would be stopped by law enforcement when driving.”

WHEW. What a relief. I’ve always been on the fence about smuggling heroin in my butt cause of the potential of getting charged with evidence tampering if I got caught. Thanks to Chelsey here, my mind is finally at ease.

Also, I’m no officer of the court or anything like that, and I’m not saying I think she should have been charged with evidence tampering in the first place, but the reasoning behind her sentence being lifted seems a little flimsy, no? “There was no evidence that Barry thought it likely that she would be stopped by law enforcement when driving.” Uh, other than the fact that part of the reason she was pulled over in the first place was for a vehicle defect. Also probably crossed her mind when she committed the moving violation she was cited for.

The original court told jurors they should find Barry guilty of evidence tampering only if she knew at the time of her actions she was committing an “unmistakable crime.” Ain’t no gray area when it comes to $7,500 worth of drugs up your butt, guys. Turns out there’s a brown area though.