Varsity Blues. The movie every kid who played high school football in the late 90s/early to mid 2000s watched and the movie every kid wished their high school football career would resemble. Lance Harbor, Jonathan Moxon, Billy Bob, Bud Kilmer, whipped cream bikinis, stealing cop cars, Miss Davis, the Oopty Oop, Foo Fighters, and Texas football. It was the perfect 90s movie and is still one of my favorite flicks to this day. I’ll watch Varsity Blues every time it’s on no matter what I’m doing.

This month The Ken Carman Show on 92.3 ran a poll to crown the best movie quarterback of all time. They’ve got all the usuals- Paul Crewe, Steamin Willy Beamen, Shane Falco, Sunshine, Joe Kane, etc. But one name really sticks out- you know him as James Van Der Beek in real life. He’s the temper tantrum throwing, me-first, immature, sanctimonious, bad role model backup quarterback who wears #4 for the West Canaan Coyotes. He’s Jonathan Moxon. “Mox,” if you will. On the surface Mox is the hero protagonist of the movie. The classic story- the backup quarterback who comes out of nowhere to lead his team to big wins and becomes the toast of the town. He’s the gritty everyman quarterback that even the least athletic viewer can relate to.

But once you unpeel the layers of Jon Moxon you discover that he’s actually an asshole and actually kind of a big asshole.

He took his teammates to the strip club the Thursday night before a big game. At the strip club he encouraged his teammates to get drunk while knowing they had class the next day. Mind you these high school players are 17 and 18 years old and last I checked the legal drinking age was 21. The players would show up to Friday night’s game completely hungover and play horribly. West Canaan would lose the game.

-His brother Kyle runs a cult. Not saying Mox should be judged by his family member’s actions, but someone’s flesh and blood being an admitted cult leader should raise a few red flags. Who knows what wasn’t shown in the movie. We don’t know if Mox was really the cult’s ringleader behind the scenes. We know that Mox is very persuasive (convincing his teammates to get drunk at a strip club before a game) so there’s no telling what he could do as a cult leader.

He wears this necklace

He was a witness to a vehicle robbery, drunk driving, and lewd behavior.

When Charlie Tweeder pulls up to Mox in a stolen cop car with a bunch of nude women in the car you’d think that the leader of a football team would encourage Charlie to get out of the car and find him a ride home. Nope. Mox does nothing and puts Charlie’s life, the girls’ lives, and West Canaan residents’ lives in danger by doing nothing. Just no regard for anyone’s life but his own. Sad.

-Why does the backup quarterback get to sit shotgun while the starter, All-Texas, and Florida State recruit sits in the bed of Billy Bob’s pickup truck? This is the opening scene of the movie and already you can sense the rift between QB1 and QB2. Are we so naive to think that climbing into the bed of that pickup truck everyday didn’t contribute to Lance’s knee injury? Is Moxon solely responsible for Lance’s ACL injury because he selfishly sat in the front seat while Lance was subjected to the truck bed? Most likey, yes.

He’s inaccurate. Remember that little “beer can on top of the head” William Tell competition with the Moxons and the Harbors? Mox’s inaccurate throw broke his father’s nose and brought shame to the Moxon name. Some people may say Mox was trying to hit his dad in the face on purpose. A popular theory, sure. If that’s the case do you really want your quarterback to be an immature hothead who cracks under pressure? I don’t. This pivotal scene proved Mox has no accuracy or that he’s a loose cannon who throws temper tantrums. You pick.

He fails to shine in the big moment. When Ali Larter appears in the infamous whipped cream bikini Mox shells up and is unsure of himself. A touch down is right in front of him but he can’t cross the goal line. Remember when Cam Newton didn’t jump on that fumble vs the Broncos in the Super Bowl? This was worse. It’s a game of inches and you cant win the big game if you’re afraid to score.

There’s also the fact that he moved in on Lance Harbor’s girlfriend while he was in the hospital heartbroken and recovering from a torn ACL. Some friend you are, Mox.

So while Mox was doing this:

Lance was doing this:

Talk about leaving your bellcow running back out to dry. I’m not so sure this hit didn’t contribute to Wendell’s injury down the road

Instead of just spiking the ball to preserve the clock, Mox decides to showboat and throw the football at the opposing team’s mascot. Not only is this an asshole move, he also loses precious seconds at the end of the game by throwing the ball to the sideline instead of at the Center’s feet. Just a totally unnecessary move. He’s a dick with no awareness. You really want that to lead your football team?

If he didn’t have a locker room full of teammates to break up a fight, he would have gotten beat up by a 60 year old. Mox talks a big game but he’s all bark no bite when Kilmer comes at him. Just look at the terror in this face:

I hope I’ve opened your eyes a little bit to the farce that is Jonathan Moxon. Now if you want to debate who the real best movie quarterback of all time is, the argument ends and starts here:

If those walls could talk…

Once you get cut by the Browns, there’s no point in keeping your golf course home any longer.

Looking through these pictures it almost seems as if I’ve been inside this house before. Something seems familiar.

There it is, I’ve been in the basement

I’d love to take a page out of Room Raiders (Shoutout to MTV when they had good shows) and explore this house inch by inch. Grab a blacklight and let’s get nuts.

I’m not opposed to starting a GoFundMe to try and buy this house and move the Bottlegate headquarters there.

Heres the listing from Realtor.com

Check out Realtor.com for more photos and info of the Avon house

The @JManziel2 saga is not a joke. Offering my final unsolicited two cents on the matter until he goes to rehab.https://t.co/EjiCVx7l4O

Finally someone in the media addresses Manziel’s friends directly.

Like… fuck, man. 2 agents in 2 months; dropped from LeBron’s management; dropped from Nike; no more endorsement deals except for a trading card; front page of TMZ every other day; a national punchline. No job, no team, no endorsements, pets heads falling off.

At this point there’s about a zero percent chance he plays football in the upcoming season. How can his friends that are around him see him throwing his life away and just sit there and not do anything about it? How does his family not do anything? At some point someone needs to slap the shit out of this kid and send him to get some treatment before it’s too late. 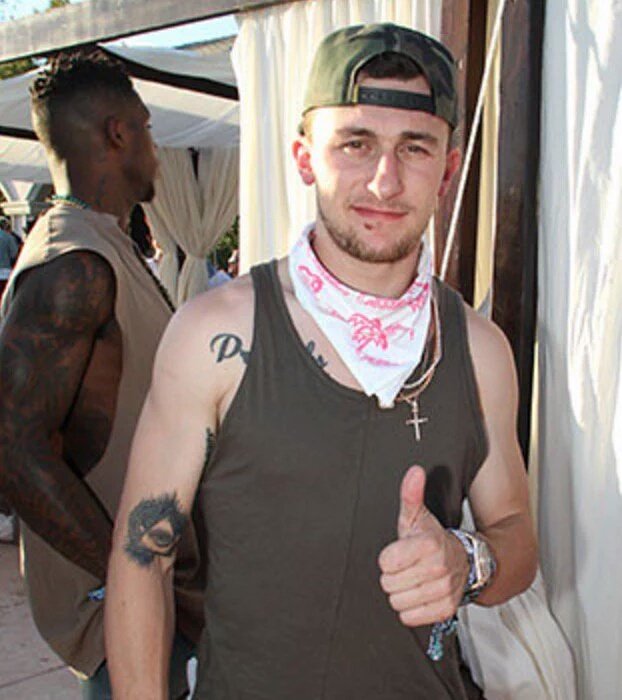 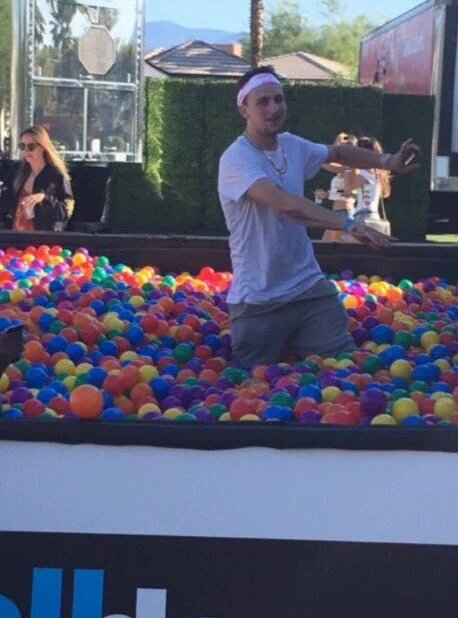