I swear Shump is saying #HoldTheDoor after every shot pic.twitter.com/izxG2jg1oN

Game of Thrones is without a doubt the hottest show on TV right now. This past Sunday night we saw some heartbreaking but inspiring heroism and that carried all the way over to Shump’s Wednesay night warmup. Every jumper he put up was followed by a bellowing “HOLD THE DOOOOOR!” And why not, Shump is a lot like our boy Hodor. They both have ONE JOB. If you watched the show you know what Hodor’s was (Hold the damn DOOR). Shump’s is “Play the Defense.” Would not surprise me at all if sometime between now and the Finals that Shump had some crazy seizure and woke up only able to say “Playdee….playdee….PLAYDEE….” ever again (obviously short for Play the Defense).  Might as well change his name now.  LeBron’s great grandson is going to Warg into his brain during game 6 and whisper the message that will drive him insane and leave him only capable of one destiny the rest of his life; playing great defense and locking down Russell Westbrook in June.  If you didn’t see this week’s episode or don’t watch the series you have no fucking clue what I’m talking about and you’re living your entire life wrong.

Knew we could count on the Cavs video team to bust out a fire new intro video for this playoff run. Would have let the “It’s a new dawn. It’s a new day” build a little more in the beginning but beggars can’t be choosers.

This view from the Flats East Bank is pretty sweet too.

A couple quick thoughts about the game:

-A win is a win is a win. Thought this was Detroit’s best choice to steal a game and the Cavs were able to withstand their hot shooting. Don’t care how they do it or what the final score is, just win, baby.

-Did not expect to see so much Richard Jefferson in the 4th quarter. Also, can we get a little Channing Frye in the rotation?

-Reggie Jackson makes me lol. Cavs fans have acquired their target for game 2. 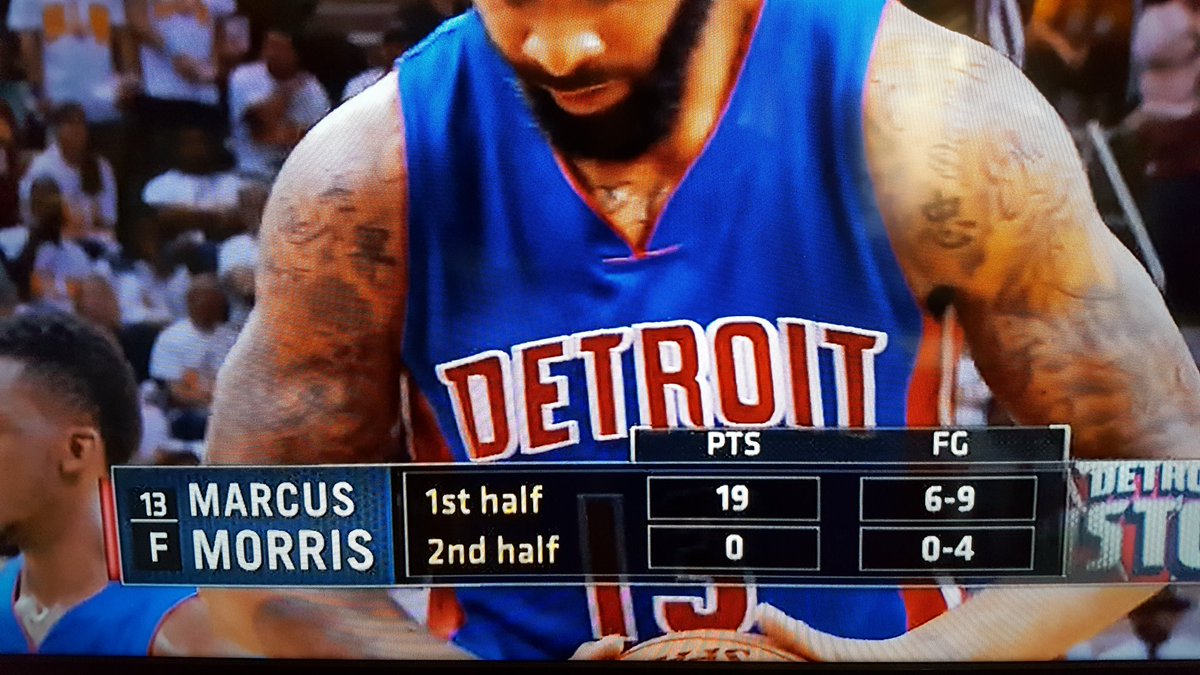 -This play made it move 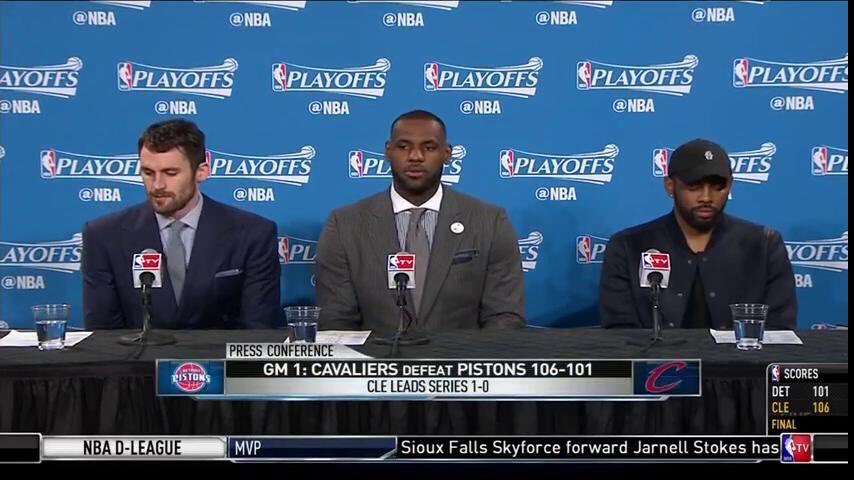 We appreciate the fans that come early for the show…so the layup line gets turnt! @kingjames hyped me up! See you tonight Miami!!! 💂💩🎮 🎧 by: @xvrhldy x @imanshumpertthe1st "tennis in mirrors"

Uh. Whoa. Shump and LeBron just putting on a show for the Magic faithful before the start of last night’s game.

Quick- Out of everyone on the Cavs, who wins in a dunk contest?