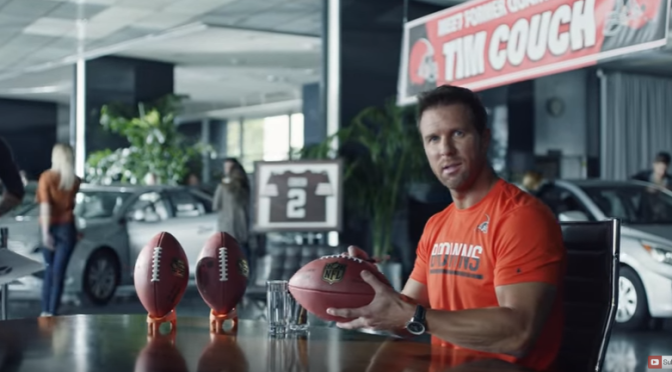 And by “play a little bit” I mean looks “jacked and handsome sitting there signing autographs at a car dealership.” I mean, looks at those ‘ceps on Timmy. It looks like he hasn’t stopped doing curls since those idiot fans booed him when he got hurt. It’s always a fun conversation to wonder what would have been if Couch was surrounded by a competent group of players and coaches when he was drafted in 99. Say he went to Philly instead of McNabb, would Tim have as successful a career as Donovan did?

Say what you want, Tim Couch and Kevin Johnson are still one of the better QB/WR tandems the Browns have had since they returned.