So if you were following along on the Bottlegate Twitter account last night, you’ll know that I went to my local McDonald’s and tried out a couple new menu items. I totally lucked out, the location on Mayfield Road and 271 is one of the 18 locations in the Cleveland area that sells mac and cheese. I originally went in to get some chicken McNuggets to eat during the Cavs-Nuggets game because apparently that’s a thing that people do. To my delight, the old man in front of me ordered mac and cheese which opened the door for me. I got mac and cheese, 3 mozzarella sticks, and 10 McNuggets.

Oh, and I also stopped at Burger King right before for a Double Whopper. Hey, we only have a few days before our New Years Resolutions, might as well get all the shit food in now. 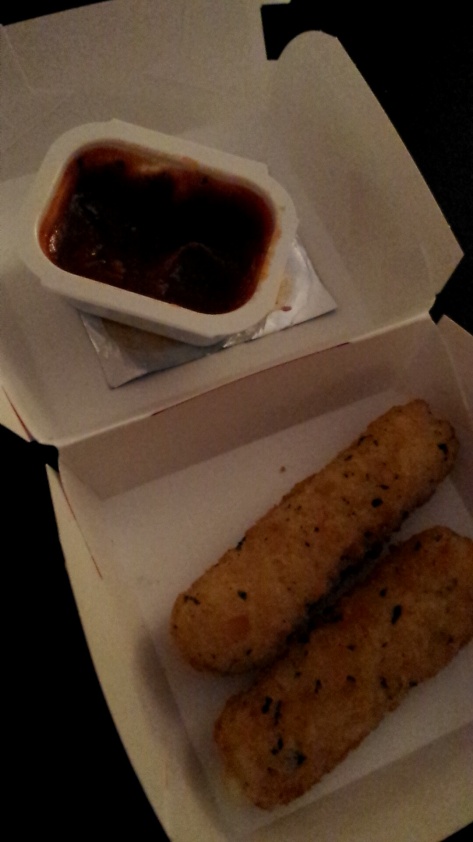 I can honestly say that besides the introduction of Taco Bell’s breakfast, I’ve never been more excited for a fast food item to hit the menu. Sigh. It was a complete letdown. It was like a Browns season- So much hope at the beginning (when you’re ordering), that turns into apprehension (seeing the sticks in real life), that turns into disappointment and regret (after the Baltimore kick-six). The mozz sticks were VERY underwhelming. Small, cold, not a lot of flavor. They were honestly the size of a toddler’s finger, not the size of a good stick from somewhere like Applebee’s. I’m willing to give McD’s the benefit of the doubt that maybe I got a bad batch, but I gave them a 3/10. I’ll try them again but as of right now it’s not looking promising for the Mickey D’s mozzarella sticks.

Now for the good stuff. Looks are definitely deceiving. The above picture looks like a bunch of cheese covered in a plastic film. But I don’t know any other way to put it- McDonald’s knocked it outta the damn park with the mac and cheese recipe. Macaroni noodles were soft and melted in your mouth and the cheese was cheesy and delicious. I know it’s probably injected full of hormones, chemicals, preservatives, and steroids, but the shit was still DELICIOUS.

I slept on it and I think I’m ready to officially give McD’s mac and cheese a 9 out of 10. It was surprisingly good and I came away feeling pretty satisfied with my purchase. It gets a 9.5 if they quit serving it in cups made for toddlers and actually give us adults a normal serving size.

I will definitely be getting more mac and cheese in the future. 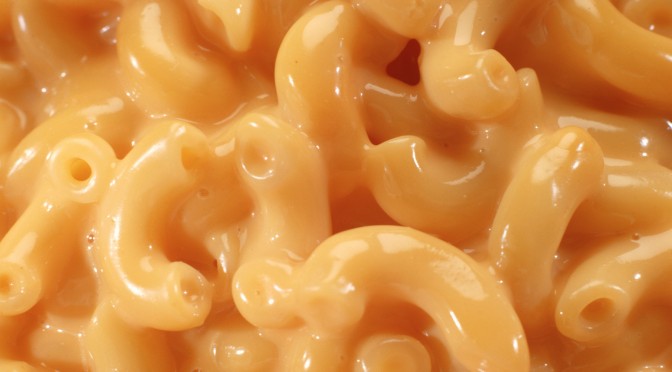 McDonald’s (MCD)is experimenting with a limited roll-out of mac and cheese, a tried-and-true comfort food that recently appeared on McDonald’s menus.

McDonald’s is offering mac and cheese in only 18 restaurants in the Cleveland area of Ohio, which has quietly served as a test market since the summer.

McDonald’s sells mac and cheese Happy Meals for $3. Mac and cheese is the entrée, alongside fries, fruit and milk. The four-ounce portion has less than 200 calories, with five grams of protein and five grams of whole grains, according to the company.

Since November, McDonald’s has also sold mac and cheese separately for $1.75.

McComb said it will be served through February. And after that … who knows?

I count on you guys for a lot of things. Usually when something happens on the Cleveland/Cleveland sports scene I’ll get inundated with tweets at the Bottlegate Twitter account. People send funny videos and funny pictures all the time.

Why has no one notified me that McDonald’s is now serving mac and cheese in Cleveland?? McDonalds and mac and cheese is basically what I live for so a little heads up here would be nice. You know McD’s is injecting a bunch of preservatives and hormones into that mac and cheese to make it delicious too.

Why is it only being offered as a Happy Meal though? Kinda discriminatory to our rights as mac and cheese loving adults, no? As a 27 year old am I allowed to roll up to the McDonalds drive thru and order 5 mac and cheese Happy Meals or is that frowned upon? I NEED to try this mac and cheese.

I expect a full review from someone out there. Keep your eyes open, people.